Home / Causes / January is Cervical Cancer Awareness Month in Kentucky
♥ If you love this post, please consider sharing it & leaving a comment below! ♥ 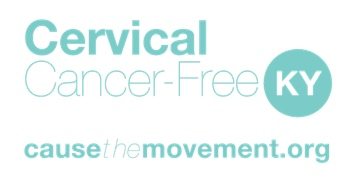 The following is extremely important to me for one very specific reason. My mom had cervical cancer in 1994. My mom is no longer with us. Period.

In 1994 she was diagnosed with end-stage cervical cancer, usually a silent killer. She was considered “lucky” because her tumors had grown so large they had turned her cervix outward, pressed against her pelvic area and begun to burst causing bleeding and severe pain. Her oncologist and radiologist told her there really wasn’t anything they could do at that point and gave her approx. 10 months! She wasn’t ready to just give up. And somehow convinced them to go ahead with “aggressive radiation therapy”. That was her life sentence. Miraculously, the cancer was cured. We all cheered her bravery and thanked God we still had her. Unfortunately, the massive amounts of radiation required to rid the cancer, continued to rip her internal organs to shreds. For 9 years, she battled one thing after another. My dates may be slightly off but here is the gist:

1994: diagnosed and treated for cervical cancer
1999: began passing stool via vaginal opening, requiring a colostomy.
2001: began passing urine via vaginal opening. Diagnosed with hole in bladder. No treatment due to massive scar tissue.
2002: all urine production ceased. Suffered renal/kidney failure, placed on dialysis.
2003: Jan. suffered stroke. Recovered.
2003: suffered congestive heart failure
2003 – developed fluid on lungs requiring lung peel
2003: SOMEHOW during this time, she held a baby shower for me!!! I don’t know how she did it.
2003: repeated hospital stays due to fluid, requiring emergency dialysis treatments
2003: August – called in Hospice. She couldn’t retain any nourishment at all due to scar tissue in her stomach and bowels. She vomited constantly and couldn’t keep even a sip of water down.
2003: October 16 my mom passed away. She basically starved to death.

She’s GONE! She doesn’t get to know her grandchildren. Her life and the happiness we had with her is gone. Forever. 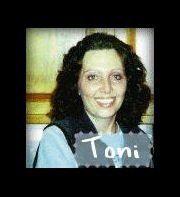 Folks, I know you all are scared of new vaccines. But we have the opportunity to SAVE OUR CHILDREN’S LIVES! I can 100% guarantee you that my mother would have supported this vaccine if she had lived. She talked about the need for one before she died. She knew the importance of it. So please, I’m asking you to at least do the research and consider it.

And at the very least, women get your Pap smears and everyone be screened regularly. Please!

Thank you for reading her story. Please check out the info below. And please leave any comments in the comments box.

January is Cervical Cancer Awareness Month in Kentucky and Cervical Cancer-Free Kentucky (www.causethemovement.org) today launched an awareness campaign that includes a Facebook application to demonstrate in a very personal way how cervical cancer might affect a user’s circle of friends.

The somewhat disquieting approach was chosen because Kentucky has one of the highest rates of cervical cancer in the country and yet Kentuckians are not taking advantage of the measures that make the disease almost completely preventable. Organizers want to move residents to share with their friends information about cervical cancer, the importance of regular screenings and the availability of the only “anti-cancer” vaccine for both female and male adolescents and young adults.

I’ve also pasted in the press release for you below:

LEXINGTON, KY, January 3, 2011– More than 90 percent of cervical cancer cases can be prevented through regular screenings and the only anti-cancer vaccine available today, yet about a fifth of Kentucky women 18 and older haven’t had a Pap test in the last three years and fewer than one in nine eligible Kentucky females have received the full three-shot vaccine series. A new awareness campaign launched today by Cervical Cancer Free Kentucky uses a Facebook application to demonstrate in a very personal way how the devastating disease might affect users’ circle of friends.

“What if we had a vaccine to prevent breast cancer?” asks University of Kentucky Professor Baretta R. Casey, MD, MPH, who is also a family physician and director of Cervical Cancer Free Kentucky (CCFKY) initiative. “Surely, you’d see women going in droves to their doctors’ offices to get the vaccine and sharing the news with everyone they know. The HPV vaccine, which prevents cervical cancer, is the only anti-cancer vaccine available today. Kentucky has one of the highest mortality rates in the country from cervical cancer, but we have the tools to change that. We just need to use them.”

Through the new “Cause the Movement” campaign, Cervical Cancer-Free Kentucky hopes to reduce Kentucky’s cervical cancer rate, which iseighthhighest in the country, through three steps:

· Increasing the number of women who get cervical cancer prevention screenings, and who get follow up testing and/or treatment when the screenings yield abnormal results; and

· Encouraging both males and females ages 9 to 26 to get the HPV vaccine series.

The campaign will include speaking engagements, news announcements, posters and creation of a new website. When users visit www.causethemovement.org, they are taken to an application that connects with their Facebook account and pulls from their friends’ profile photos to demonstrate the potential impact of cervical cancer on their social circle. Hundreds of women in Kentucky develop cervical cancer every year, and many of those women die. The application randomly selects from users’ friends to illustrate these facts, dramatically darkening the profile photos of those representing the percentage wholikely would die from cervical cancer. The application then offers viewers the chance to share the Cause the Movement campaign link with their Facebook friends.

“Almost all women who die from cervical cancer failed to get Pap tests or they got them too infrequently,” said Elisia Cohen, Ph.D., director of strategic communications with CCFKY. “We want to emphasize that information about preventing cervical cancer is worth sharing with friends. The application encourages women to do just that – to cause a movement toward higher levels of understanding, screening and vaccination.”

About Cervical Cancer:
Cervical cancer is usually slow growing, and does not cause symptoms in the early stages. In more advanced stages, women may experience abnormal vaginal bleeding, increased vaginal discharge and pelvic pain or pain during sex. Infection with HPV (human papillomavirus) is the cause of nearly all cervical cancers. HPV infections are very common, and are passed from person to person through sexual or skin-to-skin contact. According to the National Cancer Institute, most adults have been infected with HPV at some time in their lives, but most infections clear up on their own. Factors that increase the chances than an HPV infection will develop into cervical cancer include lack of regular Pap tests, smoking, extended use of birth control pills, numerous sexual partners, a weakened immune system and giving birth to five or more children.

About Cervical Free Cancer Kentucky:
The Cervical Cancer-Free Kentucky Initiative is working to prevent cervical cancer in Kentucky through prevention of Human Papillomavirus (HPV) infection, timely screening and diagnosis, access to follow-up care and treatment, and changes in cervical cancer-related health policy. The Rural Cancer Prevention Center at the University of Kentucky College of Public Health developed the initiative in order to reduce the burden of cervical cancer in the Commonwealth. For more information, visit www.cervicalcancerfreeky.org.