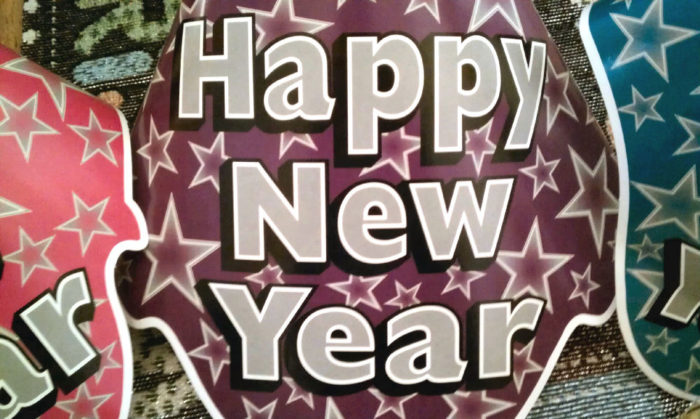 Did you host or attend a party this New Year’s Eve?  My husband, Clay, and I host a party every New Year’s Eve. Thanks to me being so sick the last couple of months and him having to miss work due to that right here at Christmas time, we almost didn’t get to this year. Money is tight. And we are on a budget right now. But, friends and family pulled together, we bought some goodies at Sam’s Club and we all rang in the Near Year together. It wasn’t a huge party, but it was nice. Actually, it was better than nice, it was perfect! We had good food, good friends, fun card games, a little Champagne at midnight thanks to my brother-in-law and we laughed ourselves silly all night long. You really can’t get any better than that. 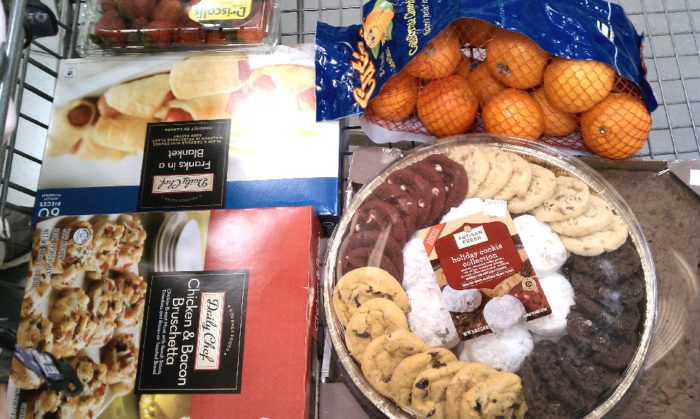 Because we went to Sam’s Club, we were able to buy larger boxes of things than at Walmart. They have this Daily Chef Chicken Bacon Bruschetta.There are 32 pieces for less than $10. And they are the perfect palm sized pieces so they really go a long way in a crowd. We had about 15 guests, including kids so there were plenty with just one box. 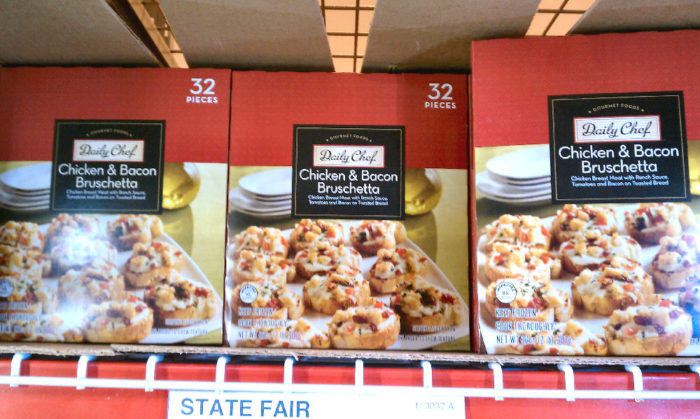 And they are SUPER EASY to fix. You just bake them on a baking tray for about 15 minutes. They are precooked so you’re just heating them up and melting the cheese. Then they are ready to serve or take along to a party elsewhere. 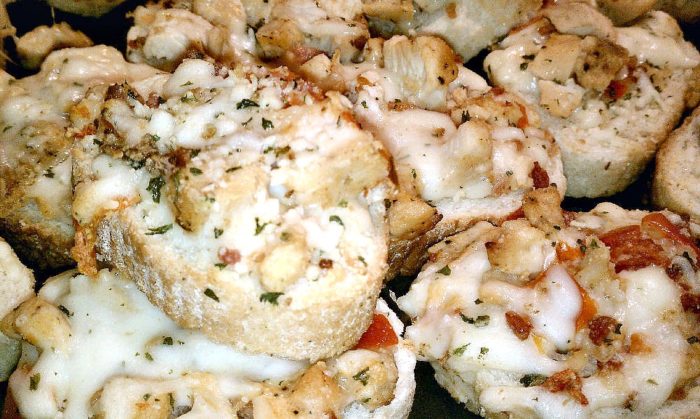 So, you’re probably wondering what a frozen Bruschetta tastes like, right? Well, it is SO GOOD! It is chicken, bacon, ranch and tomatoes on little toasts. The flavor is amazing. I got them out of the oven and hadn’t even put them on a serving platter, yet, when people starting digging in. The rest of the food wasn’t even ready! 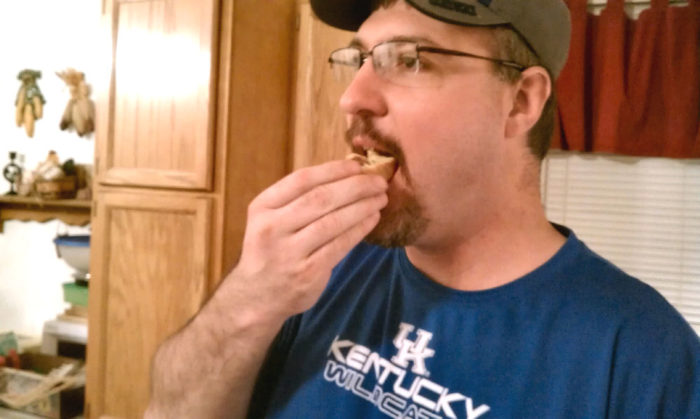 I had to shoo my husband and our brother-in-law out of the kitchen. One box was plenty but I wish, now, that I had bought more and fixed those instead of some of the other things. 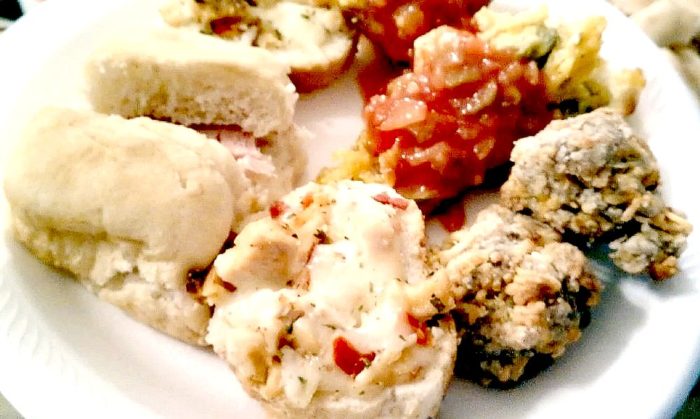 They really went fast and would have been perfect if I had fixed just those and maybe some marinara sauce. They didn’t need it but I always like to have a dipping sauce that compliments just in case. We are a  family of dippers. 😀 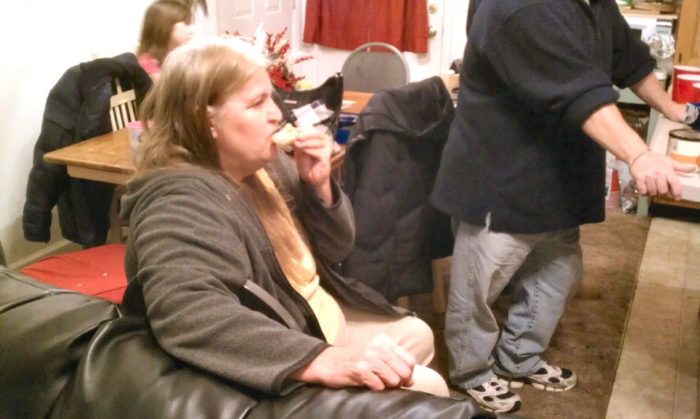 I caught everybody in mid-bite of their Bruschetta. But everywhere I looked, somebody was eating one. So I just snapped away and that is what we ended up with. Lot’s of pictures of people eating Daily Chef Bruschetta. Too funny.

We had dessert too. I bought a tray of cookies that no one really ate. I also bought this big pre-baked brownie. You get, like, 50 brownies of that thing. It was GONE the next morning! Sam’s Club had my back on the dessert. That big brownie rocked it. 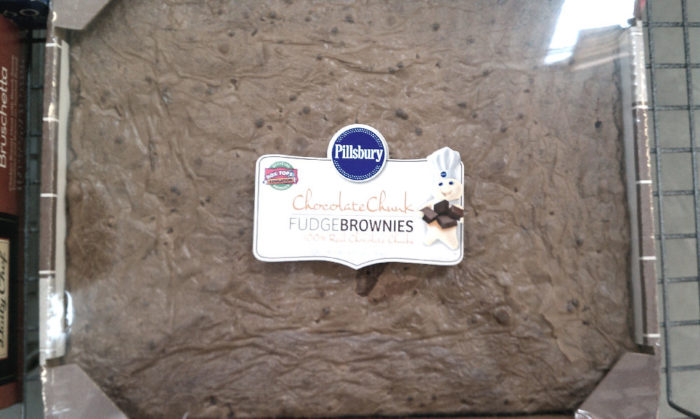 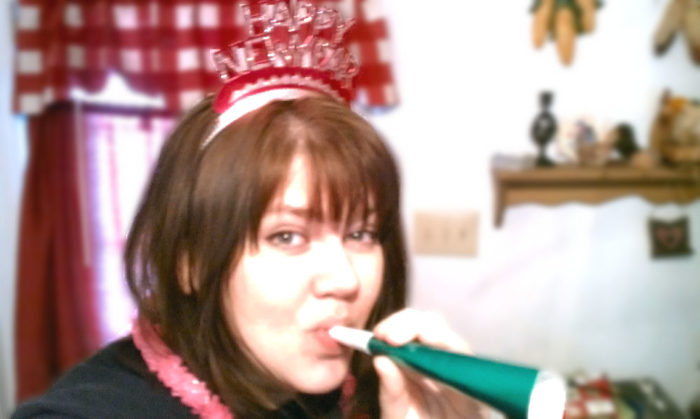 Disclosure: I am a member of the Collective Bias®  Social Fabric® Community.  This shop has been compensated as part of a social shopper insights study for Collective Bias™ and Sam’s Club Daily Chef  #CBias #SocialFabric All opinions are my own.