Titillating Timepieces: The 7 Most Expensive Watches Ever Sold

Home / Fashion / Titillating Timepieces: The 7 Most Expensive Watches Ever Sold
♥ If you love this post, please consider sharing it & leaving a comment below! ♥

Watches can be cheap, or they can be enormous status symbols for wealth and power. Click here to check out the latter, the most expensive watches ever sold. 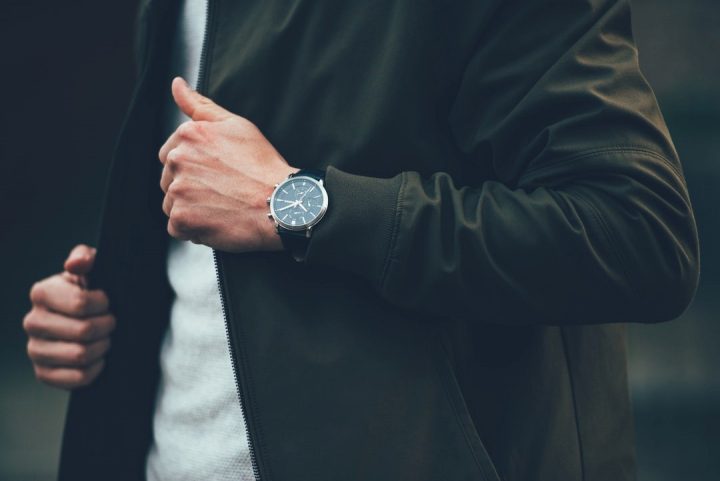 This is a guest post and may not reflect the views or beliefs of Cinnamon Hollow.

What would you do if you had some extra millions lying around? Would you invest it? Or buy a legendary watch?

If you chose the second option, we’ve got the most expensive watches options for you. Start your shopping below.

Do you have a cool 2.26 million dollars lying around? That’s how much this watch sold for.

Even if you did have the cash, this watch is ticking away in a museum and is off the market. Which lends the question – what’s so special about it? Why is it displayed in a museum?

This watch, in particular, has a built-in calendar, making it more unique than a classic watch.

Other than it being the same age as some of our grandparents, this watch is made from almost single batch high-quality stainless steel. The manufacturer, Patek Philippe is a legend when it comes to using the best materials.

His watches, therefore, are some of the most sought after by collectors in the world.

You’ve probably heard of the brand Piaget. It’s more common than the last brand on our list. They’re like the Rolex of Europe, even though that brand exists there.

But what about this watch is so special that it sold for 3.3 million dollars? You can thank the four hundred and eighty-one diamonds that encrust it for that price.

Most of us will never own 481 diamonds in all in our lifetimes, so the price now seems a little more understandable.

If you want this watch you’re going to have to talk to the people at Piaget. They make these watches about as fast as they’re sold, so you won’t find one hanging out in a store

Oh, and we forgot to mention if you want everyone to think your watch is just a fancy diamond bracelet – this one is for you. The watch face is concealed by a little door covered with – you guessed it – diamonds.

This is a brand you probably haven’t heard of, and it may be because it’s out of most of our price ranges. Unless your price range for a watch is 4.6 million.

Why is this watch so very expensive? It comes from the designer who invented the chronograph. But the watch is also from… outer space?

That’s right. They didn’t name this the meteorite for no reason. It has a literal meteor in it. Some of the heavenly material comes from mars, some from the moon, and the others from assorted asteroids.

This seems like the perfect watch for Elon Musk, though it’s not solar powered, so maybe not.

Unlike our last selection, this watch doesn’t have anything to do with space, other than its name. It’s just a watch with the most diamonds on this list.

Though Piaget’s 481 diamonds was a lot? This one has 1,280 sparkly stones. And guess who currently wears this on their wrist? That would be Jay Z, Beyonce’s husband – it was a gift.

But if diamonds aren’t enough for you, you can also show off your love of sapphires. They make up what would be the hour markers on any regular watch.

Ready for the price on this bad boy? We’re at the five million dollar mark – which is pretty reasonable when it comes to rapper watches.

What do Ric Flair and Paul Newman have in common? Not much – except for their taste in watches. Both superstars are fond of the luxury Rolex brand.

And if you want to join them in their appreciation, check out this low-key 17.8 million dollar watch.

It was reportedly owned and regularly worn by Paul Newman himself. This watch, in particular, was given to Paul and worn in the movie “Winning”.

After it debuted on his wrist on the big screen, Rolex’s sales increased noticeably. You can’t go and buy this watch though – unless you know the mystery buyer who purchased it.

They remain anonymous to this day.

Ah Chopard, the pride and brand of Switzerland – when it comes to luxury, at least.

When you look at this watch, it’s hard to even see the watch face at first. There are so many large, colorful, glinting stones that distract you.

That’s probably why this watch will cost you 25 million dollars, without tax.

Though it doesn’t have the most diamonds on this list, it still has a respectable eight hundred or so. Three of those eight hundred diamonds are blue, pink, and grey special cut heart-shaped pieces.

The watch face itself, which we said was hard to see, blends in for a reason. It’s set on a background of yellow pave diamonds.

We’ll finish off our list with the most expensive watch, valued at fifty-five million. It’s another diamond encrusted one, which is a little more colorful than the Chopard.

But only due to the different colors of diamonds that it uses. While you’re absolutely paying for the gems, you’re also paying for the man-hours. The brand says that there were thousands of hours of work put into this piece.

We understand – it probably took 1000 hours just to find and check every perfect stone. ‘

The Most Expensive Watches

Now that you’re daydreaming of diamonds in every color and wearing a watch basically from space, are you ready to actually buy one?

If you have the cash to buy one of these most expensive watches, we hope you’ll give us some of the credit.

Know you love bling but aren’t sure what your style is exactly? Learn here.