Disclosure: We received a complimentary Rubber Duckie & Friends kids shower wand to facilitate our review. All opinions are strictly our own and were formed through personal testing. 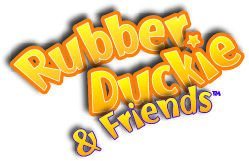 NOTE: This item is featured on our 2014 Holiday Gift Guide!

I was giving our younger two girls their baths the other day and when it came time to rinse their hair, I realized that it really needed to be done in the shower instead of the bath. But it is pain to try to shower off a 5 year old! We have a shower wand that can left down but it would be much, MUCH easier if they had their own. And now they do, the Rubber Duckie & Friends kids shower wand. 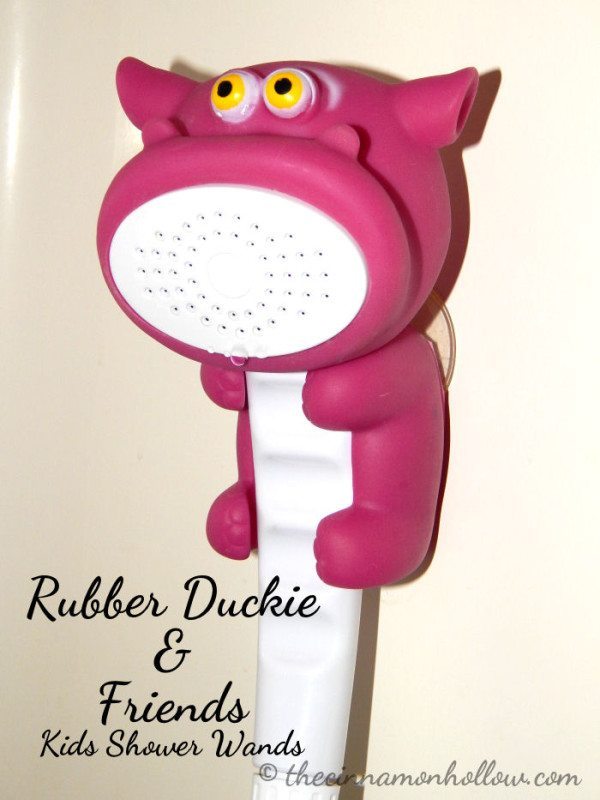 You may remember me sharing a special Rubber Duckie & Friends promo with you a couple months ago? Well, we recently received the Rickie the Rhino wand for review and my girls love it! There is something unique about this shower wand that actually allows my girls to take their showers at the same time, saving us a load of time. 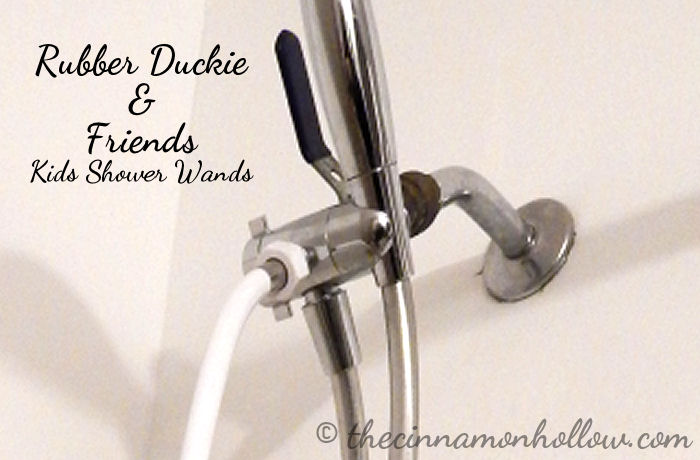 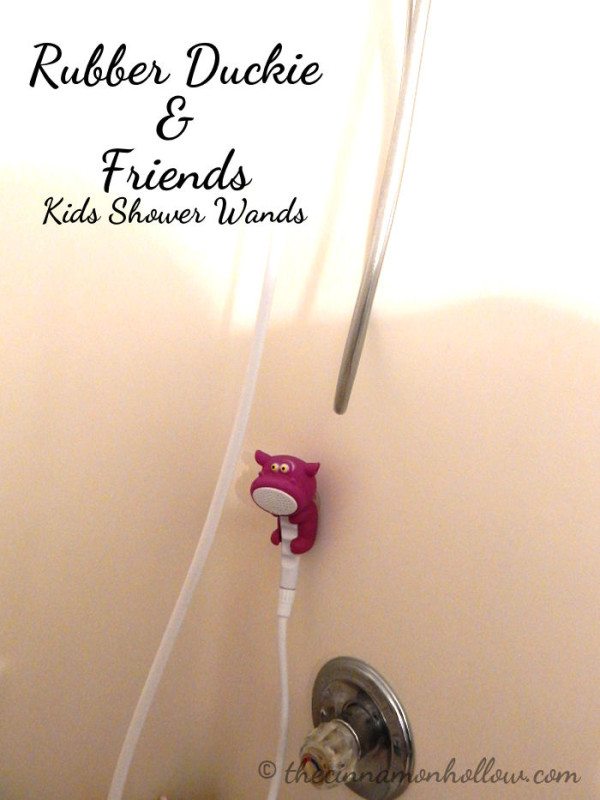 I also love that the Rubber Duckie & Friends shower wands have a suction cup holder. They also have a 6-foot hose reaches anywhere in tub. That means that you can place the shower wand lower for younger kids. It makes giving your little one a shower or even a bath and then rinsing them off a breeze.

The handle is small in diameter and has finger notches making it a great shower wand for little hands. Our 5 year old daughter has no problem ripping this shower wand. I still use it to rinse her hair but I let her practice using it to teach her how to shower. It works so well and the character makes showering fun for kids.

Rubber Duckie & Friends is available in several different characters including:

The spray from the shower wand is super soft and gently but still really powers through soap and shampoo to rinse your child off completely. Even my older kids like it! (I do too 😀 )

If you’re looking for a fun and cute gift for your kids or something just to make kid shower time a little easier, we recommend the Rubber Duckie & Friends kids shower wand!

Previous postGet Fit In The New Year With Bulu Box!

Next postThe Vineyard By Michael Hurley