The Offering By Angela Hunt

Home / Books / The Offering By Angela Hunt
♥ If you love this post, please consider sharing it & leaving a comment below! ♥

Disclosure: I received a complimentary copy of The Offering by Angela Hunt as a participant in the LitFuse Blog Tour. All opinions are m yown. 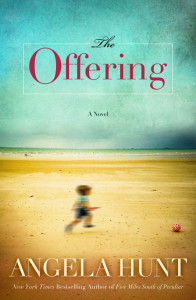 From bestselling author Angela Hunt, the heart-wrenching story of a young mother who unknowingly gave away her own child after serving as a surrogate for a childless couple.

After growing up as an only child, Amanda Lisandra wants a big family. But since she and her soldier husband can’t afford to have more children right away, Mandy decides to earn money as a gestational carrier for a childless couple. She loves being pregnant, and while carrying the child she dreams of having her own son and maybe another daughter…

Just when the nearly perfect pregnancy is about to conclude, unexpected tragedy enters Mandy’s world and leaves her reeling. Devastated by grief, she surrenders the child she was carrying and struggles to regain her emotional equilibrium.

Two years later she studies a photograph of the baby she bore and wonders if the unthinkable has happened—could she have inadvertently given away her own biological child? Over the next few months Mandy struggles to decide between the desires of her grief-stricken heart and what’s best for the little boy she has never known.

The Offering is one of those books that will draw your every emotion to the very surface and leave them there long after you’ve put the book down. A lot of the stories main point is covered in the back description BUT there are many twists and events that take place that will leave you raw and reeling.

Mandy has some very hard decisions to make and even though this is a fictional story with a fictional character, it could very easily be real. As a woman of the Christian faith with very strong beliefs, surrogacy is not a choice I would make. But that doesn’t mean that I would fault or belittle someone else who did. Mandy made the choice to be a surrogate mother and when tragedy struck, she had to decide if she should follow through with her commitment or not. And later, the decision also had serious consequences.

Angela Hunt did an exquisite job of showing what a surrogate mom might endure emotionally. She brought out emotions that any mother is sure to feel. This is a book that definitely takes your mood on a roller coaster ride! 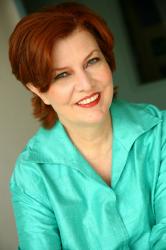 With over four million copies of her books sold worldwide, Angela Hunt is the bestselling author of more than one hundred books, including “The Nativity Story.” Hunt is one of the most sought-after collaborators in the publishing industry. Her nonfiction book “Don’t Bet Against Me,” written with Deanna Favre, spent several weeks on the New York Times bestseller list. Angela’s novel “The Note” (with sales of over 141,000) was filmed as the Hallmark Channel’s Christmas movie for 2007 and proved to be the highest rated television movie in the channel’s history. Angela’s novels have won or been nominated for several prestigious industry awards, including the RITA, the Christy Award, the ECPA Christian Book Award, and the Holt Medallion. She often travels to teach writing workshops at schools and writers’ conferences, and she served as the keynote speaker at the 2008 American Christian Fiction Writers’ national conference. She and her husband make their home in Florida with mastiffs. In 2001, one of her dogs was featured on Live with Regis and Kelly as the second-largest dog in America.

Next postCatch A Falling Star By Beth Vogt