MRE stands for “Meal Ready to Eat”. The concept of the MRE is as old as the Civil War, but as a technology, this sort of food packaging wasn’t “perfected”, if you can call it that, until the 1980s—and ongoing breakthroughs in this “food-tech” are routinely made. Essentially, MREs are quick, nutritious meals designed to last long and keep military personnel hale and healthy.

They are also quite valuable to civilians in difficult survival situations. MREs last long, and are storable. One reason is their high sodium content. Sodium is a preservative and necessary to a healthy diet; so many MREs are quite salty. Also, to keep soldiers strong, MREs are generally designed with a higher calorie level than other similarly-sized prepackaged meals.

Most MREs will last anywhere from half a year to five years, depending on where and how they’re stored, what they contain, and how they’re made. Usually, MREs are vacuum-sealed so they stay nutritious and tasty longer. Over time, MRE content has expanded to be more delectable, which is necessary for soldiers in the field.

The modern MRE includes bread, side dishes, spreads, candies, desserts, mints or chewing gum, powder for beverages, either a towelette or moist napkin, condiments like hot sauce, salt, or pepper, utensils, “flameless” heating elements, and even matches. That said, what’s included will depend on the MRE, and where it’s made. We’ll expand on MREs briefly here.

This list of MRE menus has everything from shredded beef to meatballs, and quite a few diverse dishes in between those common staples.

You’ll notice the link lists MRE menus from 1981 to 2021 for the U.S. military, and each year said menus get more lavish and involved. The “perfection” process of MRE design is ongoing, it seems.

How Are MREs Made Around the World?

There is quite a lot of variety between MREs in different countries. In comparison, American MREs seem to be a little bare—at least according to this photographic listing of such military meals on HuffPost’s website. That said, more isn’t always better. Australia’s MREs include ample Vegemite, and this is a food that virtually requires Australian heritage.

Options from the UK seem to be the most attractive, Italy’s appears the tastiest, France’s MRE looks like somebody raided the canned food aisle in a supermarket, and Germany’s MREs seem to be the most refined. Unpacking a German MRE may seem like eating haute cuisine akin to those wax-enwrapped “Babybel” cheeses, or something from Hickory Farms.

It’s hard to look at a meal designed to be portable, last long, and be nutritious without wanting to try one. You can acquire MREs if you like, but you have the option of getting such meals designed for general consumers rather than military personnel. For a comprehensive guide on MREs, click here. There are some delicious options.

The fact is, MRE design has gotten to the point where some of these rations are about as good as any other meal you could buy, depending on how discerning your palate is. Especially considering how uncertain the modern world is, such options are interesting for more than just reasons of curiosity. With looming food shortages and governments making incomprehensible decisions on an increasingly regular basis, it makes sense to protect yourself and your family through the acquisition of rations designed to retain nutritious content even when stored over the long term. If you haven’t looked into MREs, picking some up if only for emergencies is recommendable. 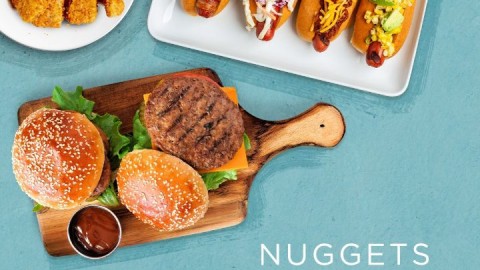