Home / Books / Unending Devotion by Jody Hedlund
♥ If you love this post, please consider sharing it & leaving a comment below! ♥ 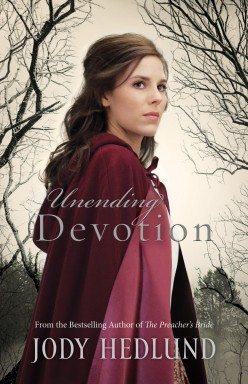 In Her Darkest Hours, Is He the Man She Needs?
Lily Young longs to find her lost sister or will die trying. Heedless of any danger, she searches logging camps and towns, posing as a photographer’s assistant. And then she arrives in Harrison, Michigan–and the sights of Connell McCormick.
Connell is determined to increase the fortune of his lumber-baron father and figures as long as he’s living an upright life, that’s what matters. But when Lily arrives in town she upends his world, forcing him to confront the truth that dangerous men have gained too much power while good men turn a blind eye.
Vexing but persuasive, Lily soon secures Connell’s help, drawing them ever closer to each other. Will standing for what’s right cost them both everything?
My Thoughts:
I loved this book. Lily is one of those characters that has a pure heart but tends to act before really thinking things through. She is brave and gets things done but sometimes gets herself into trouble by being to impatient. She wants things done, when she wants them done. Connell sees that things need to change but he tends to think more about how those changes will affect his own future more than those around him, where Lily thinks about the greater good for all.
They are two TOTALLY different types of people and while there is an attraction, you wonder throughout the whole story if there is any way they could ever make it work between them.
This story has great mystery with Lily trying to find her sister. But is also has TRUE HISTORY! It is based on factual events. Some of the story lines are based on real people and truly heartbreaking times. We tend to view Saloon’s, Houses of Ill Repute and the Red Light Districts the way we see them in Cowboy Western movies. Scantily clad women, drinking it up and pleasing the fellows without a care in the world. But in the 1870’s – 1880’s, while this did take place, many times those girls were forced or tricked into that life. Times were very hard and young girls, orphans, etc. would set out and answer ads for what they thought was legitimate work. Waitressing, cooking, cleaning, mercantile work, etc. But it was actually early Human Trafficking. And it was heartbreaking.
Unending Devotion gives us a very real glimpse into the lives of those girls. It is well written and very easy to get in to the story line. The characters are likeable. The setting of the lumber town is perfect. It is a great story!

Link to Buy The Book:
https://ow.ly/dihgn 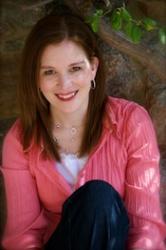 Jody Hedlund is the bestselling author of “The Doctor’s Lady” and “The Preacher’s Bride”. She won the 2011 Inspirational Reader’s Choice Award, the 2011 Award of Excellence from the Colorado Romance Writers and was a finalist for Best Debut Novel in the 2011 ACFW Carol Awards. Currently she makes her home in central Michigan, with her husband and five busy children. She loves hearing from readers on Facebook and on her blog.Visit her website: https://jodyhedlund.com/

Dislcosure: I received a complimentary copy of Unending Devotion as a member of the LitFuse Blogging COmmunity. No monetary compensation was received. All opinions are my own and were not influenced in any way.

Next postRemembering 9/11. What Lesson Did You Learn That Day?