Disclosure: This is a sponsored post about the dangers of drinking and driving written by me on behalf of Moms With Voices Media. All opinions are my own. 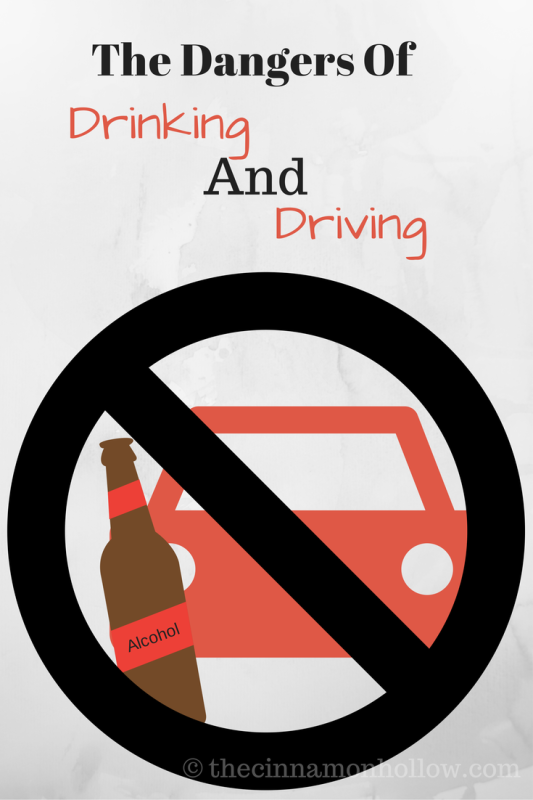 As many of you know, I’m a big advocate of NOT drinking and driving. In fact, I’ve posted several times for the Buzzed Driving Is Drunk Driving Campaign. Every day, we hear news stories about accidents occurring from someone who is driving while under the influence. Many lives are lost or drastically changed each year. I’m not against drinking alcohol. Clay and I both like to drink some in moderation. I AM against DRIVING after you’ve consumed it. You should never get behind the wheel of any vehicle after drinking, even if you only have a “buzz”.

Having a “buzz” still means you are impaired. Too impaired to be doing something that takes the utmost concentration, like driving a vehicle. It’s not going to hurt to wait awhile for that buzz to wear off before heading out on the road. Waiting doesn’t cause accidents. Drinking and driving does.

[tweetthis]In the US there are approx 300,000 incidents of drinking and driving PER DAY![/tweetthis]

Wouldn’t it be so much better to wait awhile versus wrecking your car, hitting someone else, KILLING someone or getting arrested?

Really, there’s no reason for drinking and driving. If you’re at a restaurant and have an alcoholic beverage, stop at one. Eat something, hang out there for awhile before you get behind the wheel. And if you feel like the drink has affected you, call a cab or someone to come and get you. If you talk to the restaurant owner or manager, they will most likely let you leave your car parked there until you can pick it up sober. If you’re at a friends house and they are serving alcohol, spend the night. Crash out on there couch, floor or in a tent in the backyard.

There are many field sobriety tests that officers perform if they pull you over for suspicion of drinking and driving.

Standardized tests may include:

While non-standardized tests may include:

The next time you drink alcohol, try some of these tests before you decide to head out on the road. Don’t make fun of it. Try it. If you can’t do the standardized tests, it’s a pretty good indication that you shouldn’t be driving!

The infographic below shows a few that may be performed along with more info on drinking and driving.

Please stop and think before drinking and driving, and DON’T DO IT!

Wild At Heart By Stacy Gold

Overworked entrepreneur Jules Martinez is sick and tired of men leaving her for their exes. Determined to wipe the giant, sca

THIS SHOULD'VE POSTED ON THE 1ST! So hurry it ends

2 books on my #TBRpile #bookstack this summer incl

We were lucky enough to go to the beach last week

Reposted from @martinfamilyadventure Near these de