Finding The Perfect Gift For Dad

Home / Holidays / Gift Ideas / Finding The Perfect Gift For Dad
♥ If you love this post, please consider sharing it & leaving a comment below! ♥

I haven’t seen my dad in over a year. But we do stay in contact. It’s just that after he lost his leg a couple years ago, he moved to a county farther from here so it’s not as easy to get together. Since we don’t see each other every day any more, it’s also hard to know what to get him for his birthday or any other occasion.

I don’t know if you remember me mentioning in the past about my dad losing his leg but he’d developed a staph infection that went into the bone on both legs and feet. They saved his left foot but the right one had to be amputated to just below his knee. The next year, the infection returned and they had to remove a bit more. He has his own apartment now and he is doing great. But I have no idea what he needs or wants in the way of gifts. 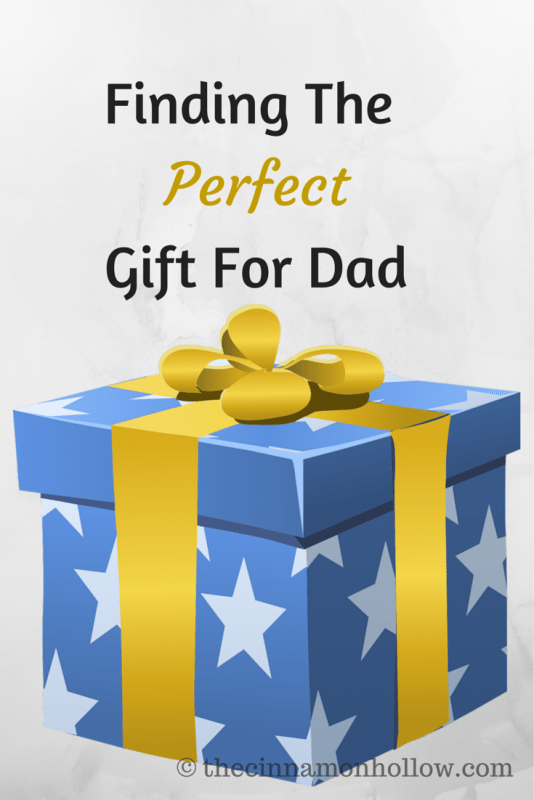 I made a list of things that I know my dad loves. In the past he played guitar. In fact, he and my mom and I had a small, local band for awhile. But he also has severe Rheumatoid Arthritis in his hands so anything for guitar is most like out of the question. I don’t know what CD’s he has and he isn’t into digital so an mp3 player is probably out too.

He likes to go fishing. So I thought about getting him his fishing license for this year. Then, Clay and our son can take my dad fishing. I think that I’ll definitely be getting him that but I’d like to get a couple other small things too. Maybe some fishing gear, some snacks and some of his favorite goodies to go into a little gift basket.

My dad has always been smoker. And I know he likes cigars. Not that I condone smoking, but he’s not going to quit so I’ll get him something I know he likes. They’re like cigarillos but these are called Splitarillos flavored cigars and they’re very tasty.

These are something that he would only smoke on occasion as he is more of a cigarette smoker. But he does like cigars so I know it is something he would enjoy.

I think that all the fishing tackle, fishing license, snacks and some little cigarillos would really be right up his alley. I think I succeeded in finding the perfect gift for dad!

Do you usually put together a basket of gifts for your parents or do you just do one big gift?

Next postThe Modern Girl’s Guide To The Gridiron Giveaway!