My oldest two daughters both have birthday’s in September. So we usually combine their party into one. And this year, we are planning a monster blowout! A “Monster High Glow Bowl” blowout that is. They want a Monster High themed party and that’s what they’re going to get. The girls and I have been putting our heads together and have come up with some really fun ideas.

This past Christmas, we bought a little bowling set as a family gift for all of us. It’s still in the box! For some reason, it ended up in a corner of the garage and has yet to be put together. 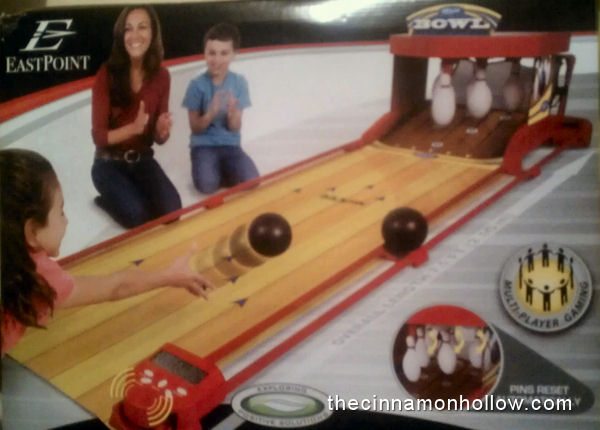 But I had an idea and the girls loved it! When Clay and I were dating, we used to go bowling all the time. Around midnight, the bowling alley would have Glow Bowl. They’d turn out all the lights and turn on multi-colored strobe lights, black lights, etc. and turn the music up really loud. It was so much fun!

So I had the idea to do a Monster High Glow Bowl for the girls party. We can’t afford to take everyone to the bowling alley so we’re going to spruce up the garage and set up our own little set that we bought. It will be just right for a kids birthday party. I ordered a multi-colored party strobe light that I hope does the trick for overhead lighting. And I’m going to get some glow products that the kids can wear. Things like Glow necklaces and bracelets, glow sticks, etc. things that will make the party room really spectacular! Since it is a Monster High theme, I’m going to break out the Halloween music mix and crank the music up while the kids get their bowl on. We have a basketball game out there too so we’ll have Glow Basketball and Glow Bowling!

I have a lot of Halloween decor that will also work great for a Monster High party. I’ve also ordered some Monster High items and balloons and printed out some really cute Monster High decorations. We have nail decorating sets, hair paint, face tattoos and a ton of other things that will make for some super fab activities.

I haven’t decided on the big cake yet but I’m going to be making some Black Velvet Push Up Cake Pops, marshmallow pops and a new punch recipe. I’ll be sharing those in a separate post so be on the lookout for that.

I think this party is going to be so much fun. I’m as excited as the girls are! I have so many ideas. But I think what is making it so exciting is that they are helping. The girls are coming up with awesome ideas for their party. I love that they are at the ages where they can contribute. I think it is helping them get organized, helping me come up with ideas and creating things for it.

So just a heads up to be on the lookout for some fun Monster High Glow Bowl party posts later this month. It’s going to be awesome!!!

Previous postProm. Was It The Dress Of Your Dreams?

Next postWhat’s For Supper At Your House? Old El Paso Chicken Fajitas.