Home / Pets / Meet Our New Kitty: Honey!
♥ If you love this post, please consider sharing it & leaving a comment below! ♥

Disclosure: I received a complimentary #SwitchToSHEBA Kit from SHEBA to facilitate my review. This post is sponsored by Vocalpoint and SHEBA. All opinions are my own (and those of my kitty cat – Honey.

We got a new family member recently, a cute, adorable, loving little kitty cat that we named Honey. She is black and white and perfectly matches our doggie boy, Jasper. They both fit our family so well. I think the two of them are just what our little family needed. 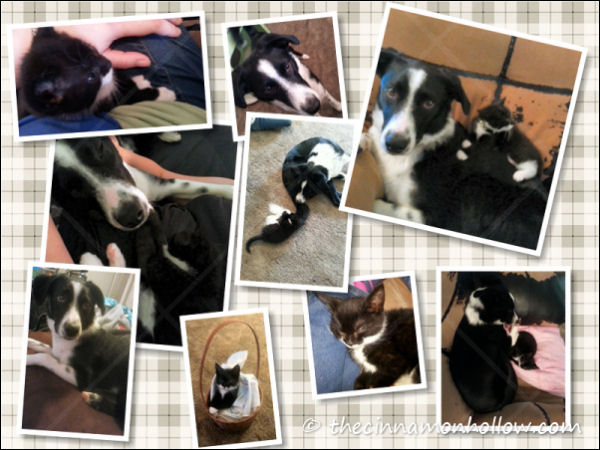 It’s been many, many years since Clay and I owned a cat and I had no idea what to initially feed her. We got her right after she was weaned so she hadn’t had much cat food yet. We decided to go ahead and start her with dry cat food and then maybe give her soft as an occasional treat.

At first, we bought the cheapest but it made her breath stink horribly and gave her the worst gas! I’m not sure what was in that cat food but it gave her awful side effects. So we switched to another brand and she has done better but her breath is still sometimes stinky. I wanted to give her something that was mainly meat and didn’t have a ton of fillers. I can’t afford the super expensive stuff but that doesn’t mean I don’t want my cat to have something that is better for her. I do.

Besides, cat’s like meat and if she were an outside cat or out in the wild, she’d be hunting for her own food and eating meat. So we decided to start introducing some wet/canned cat food a little at time. We have to put her in another room when we’re eating because she goes after table food. You can NOT eat when that cat it in the room! And that shows me that she wants something tastier than what she is used to. She wants something that tastes like, smells like and is real food. I still want her to eat dry cat food, too, for when we are on vacation. That way I can use her self feeder, but I want her to get used to eating both types of cat food, to really balance out her diet.

So, we tried SHEBA cat food first. It’s affordable and has meat as the first ingredient. 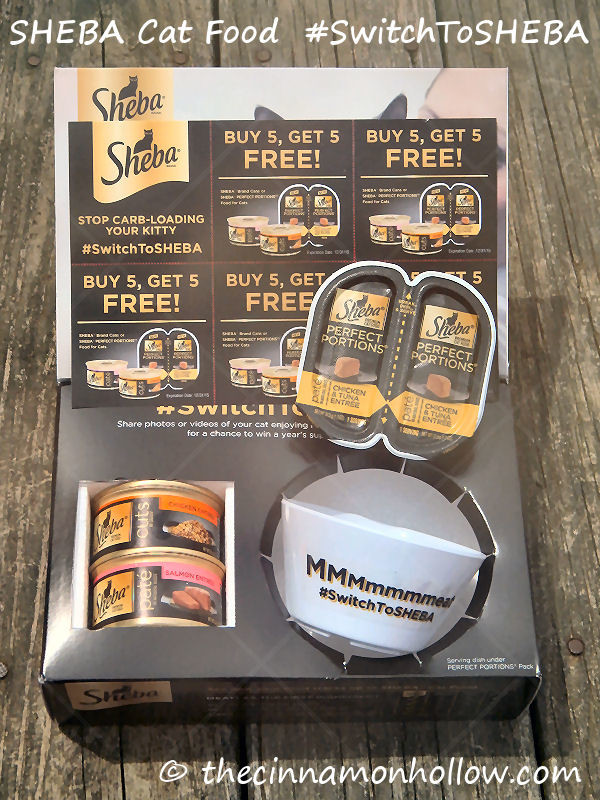 As a Vocalpoint member we received a darling #SwitchToSHEBA Kit from SHEBA Cat Food. The same week I received it was when we’d decided to make the switch. Talk about perfect timing! We received two small cans and 2 Perfect Portions. One of the cans had chicken pieces and the other is a salmon entree. The Perfect Portions are each chicken & tuna entree mixed. It also came with a cute little food bowl.

At first, she wasn’t sure. It was a different bowl, a different food, etc. She went back and forth sniffing her regular food and the new. I put one piece of her regular, dry food in her bowl to let her know it was her food. She sniffed each one for several minutes before going to the SHEA and chowing down. Usually, she will eat a few bites of her food and then come rub on your legs, then go back to eat. She repeats this until her food is gone. Not this time! 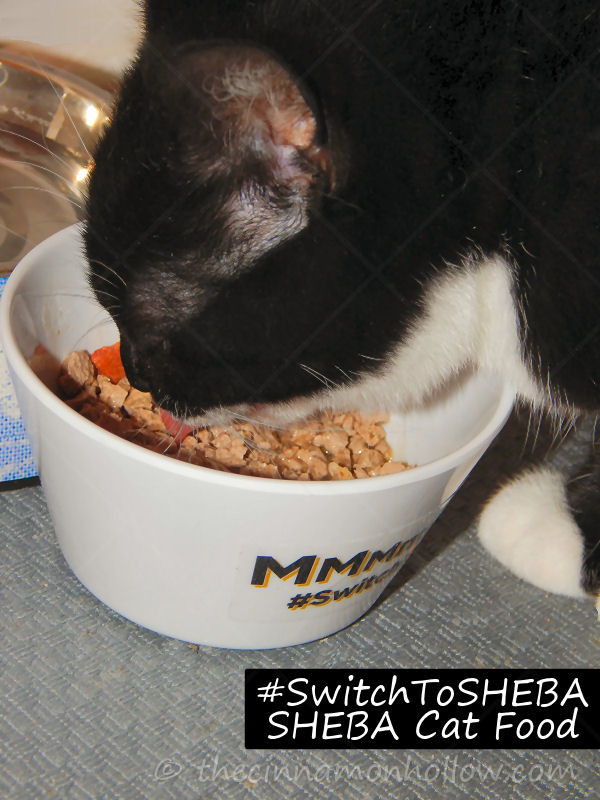 I picked her up to try to get a photo. She was still licking her lips and she wriggled and squirmed her way out of my hands and right back to her SHEBA chicken pieces. There was no budging her after that! She stayed put until she had eaten every bite in her bowl! Minus the dry piece which she pushed aside. 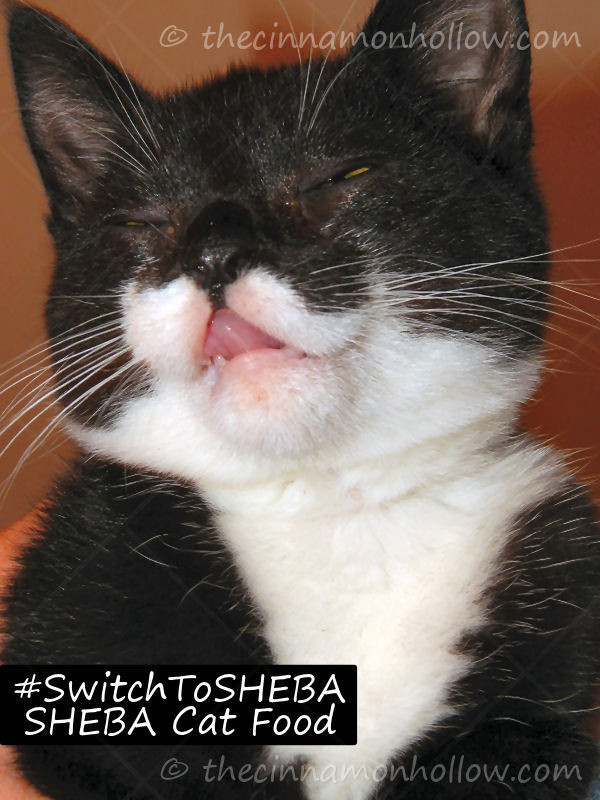 I was afraid that she wouldn’t have anything to do with her regular food after that but as long as it is the only bowl there, she will still eat. But when the SHEBA cat food comes out, watch out because she will knock you down to get to it! If I can speak for Honey I’d say she agrees that it’s a big hit!

UPDATE: We have some giveaway info for you!

I totally forgot to mention this previously! But, you can enter to win a year’s supply of Sheba by sharing a picture of your cat eating Sheba with the accompanying hashtag #SwitchToSheba (https://www.vocalpoint.com/cms/hub/76).

So easy! So go enter and good luck!

Tell me, is your cat a SHEBA fanatic like ours is? She loves the stuff!!