Home / Tech/Gadgets / Capture Your Adventures With Video Camera Sunglasses
♥ If you love this post, please consider sharing it & leaving a comment below! ♥

Summer break means fun in the sun and lots of action and adventure. Clay and I love riding the mountain coasters in Gatlinburg and Pigeon Forge. He loves to fish and hunt. Our oldest daughter loves archery. You can capture all that adventure with video camera sunglasses. We have an action cam that you wear on your head but if not placed just right, you can see the corner of your eye and forehead in the captured video. It can be hard to get it placed in the right spot when you’re in a hurry. A pair of HD recording sunglasses is an easier way.

We received a complimentary eyewear video recorder from GearBest to try out on an upcoming adventure. All opinions are strictly our own and were formed through personal wearing and testing of the video sunglasses. 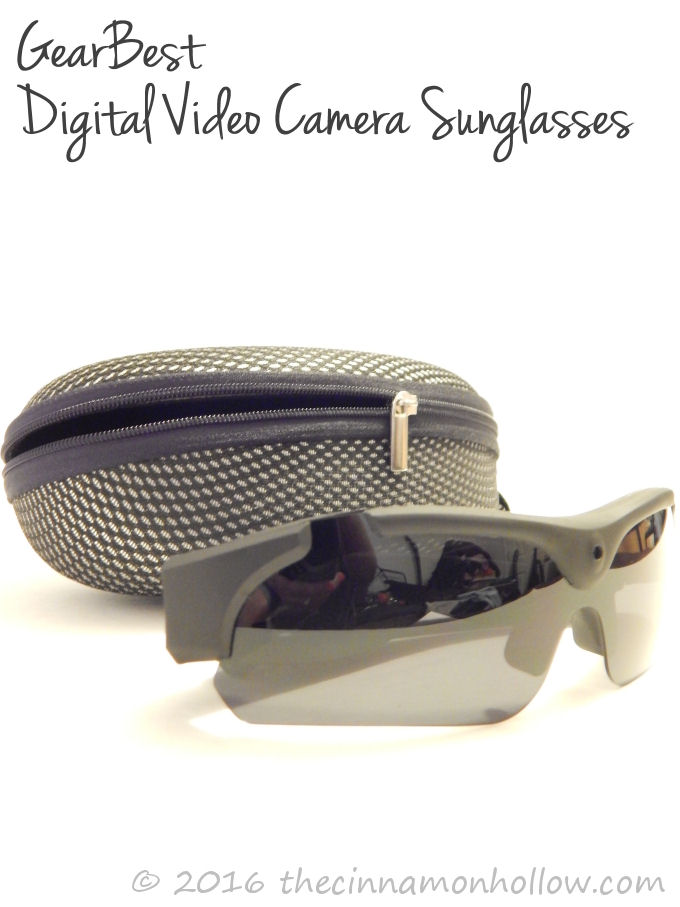 The arms are only slightly heavier than a typical pair of sunglasses but the lenses are super light and thin. Because the lenses are so thin, they feel a bit crooked when you first place them on but you can adjust them on your face and they sit pretty well and are actually very comfortable. 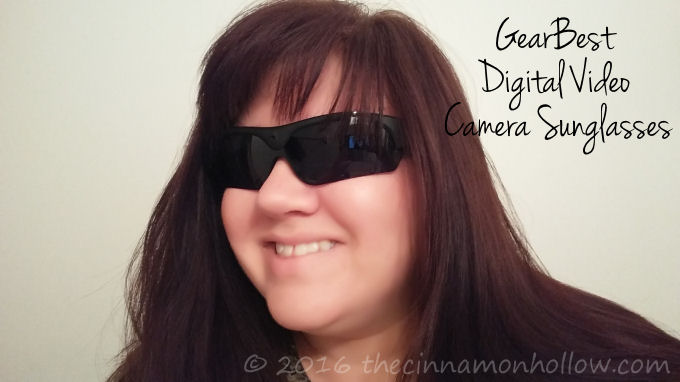 These HD video camera sunglasses fit securely on both my and Clay’s faces. I don’t feel like they are going to fall off. Of course, if you are doing a high speed activity where any sunglasses would come off then I suppose these would unless you had a strap on them.

There is a blue led light on the inside in a tiny hole that lets you know when the sunglasses are turned on, when they are recording and when you have taken a photo. (affiliate link) 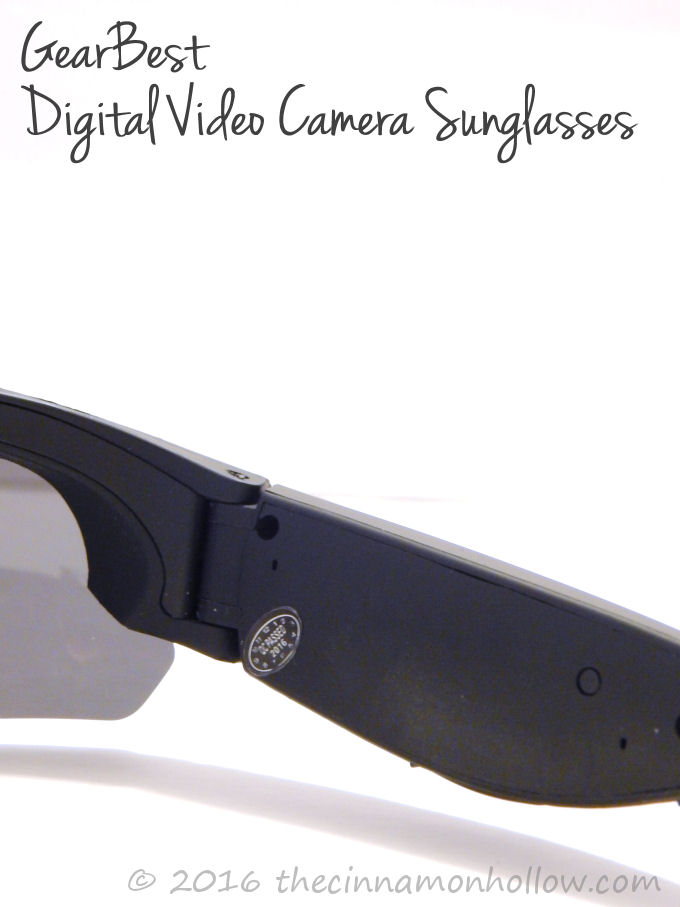 To turn the video sunglasses on, push the button on the outside of the right sunglasses arm. The blue light will blink once. This puts it in standby. Push it in for 2 seconds to being recording video or quickly with a short press to take a photo. Press for 3 seconds to save and shut down.

I wasn’t able to take a photo while in recording mode, only in standby. I would like to have been able to snap a quick photo with a button press while videoing as well. That isn’t a deal breaker, for me, just something I’d like.

Both the video and photo quality are fairly good. Here is a video we took wearing the sunglasses while we were in motion and below that is a photo. It was very windy outside the day of our video and you could definitely hear the wind. You’re still able to hear my voice over the sound of the wind though so the quality isn’t too bad. Video format is AVI and is 1280*720 resolution. Photos are 5MP and saved in JPG format. 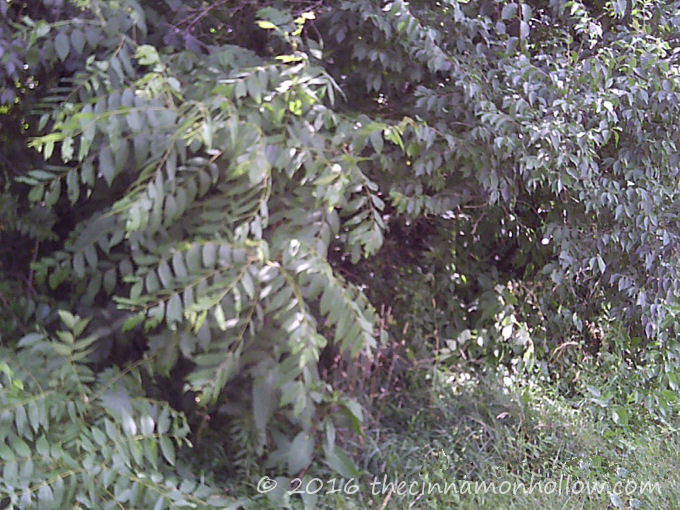 You can also use these sunglasses as a web camera to take video of the room or area in front of you while displaying it on your camera. To use that feature all I had to do was plug the sunglasses into my PC with the included USB cord and open my computers camera software. It immediately showed what I was looking at through my sunglasses.

They have a built-in 500mAh polymer Li-ion battery that can be charged by either plugging the USB cord into your computer or by attaching a plug end to the USB and charging in the wall socket. Don’t allow to charge for more than 5 hours. There is a small light that will flash red while it is charging and change to green when the battery is full.

The website didn’t mention if these sunglasses offer any form of UVA/UVB eye protection, so I asked. I was told that they do offer UVA/UVB protection and can be worn as regular sunglasses. You don’t want to aim the camera directly at the sun, though, as that can damage it.

The only downside, for some, I really found is that there isn’t really any software included. You plug the sunglasses into your computer and open the corresponding folder. There is a .txt file where you can set the time. And there are subfolders containing your photos and videos. While there isn’t any bloat to your computer by not having the additional software, some may find it useful. For computer novices it would be great to have a software that opens for viewing, transferring or editing your photos. Otherwise, you can just open the folders and use your regular editing software.

These HD-DV video camera sunglasses are easy to use, perfect for travel and can be worn as sunglasses without anyone really noticing they are also a camera.

Talk to me. Have you ever tried video sunglasses? What sports or adventures would you use a pair of these for?

Next postDownload These Great The BFG Coloring Pages!