Home / Causes / Spread Domestic Violence Awareness With The Allstate Foundation’s #PurplePurse
♥ If you love this post, please consider sharing it & leaving a comment below! ♥

Disclosure: This post is part of a sponsored campaign with The Allstate Foundation and MomSelect. All thoughts and opinions are my own.

Did you know that domestic violence affects one in four women in their lifetime? Click to Tweet

Those statistics are staggering. And did you know that only about half of Americans say they would know how to help a victim of domestic violence? Let’s face it. Domestic Violence is a topic that we generally steer clear of in conversation. More than one-third of Americans have never discussed the issue with family or friends. Stick it in with politics and religion. People just don’t seem to want to bring the topic up. Or may we just don’t really know how. And if you are being affected by Domestic Violence, chances are, you aren’t sure how to speak out either. Or you’re scared and don’t how you’ll make ends meet if you leave.

Lacking financial knowledge and resources is the number one indicator of whether a domestic violence victim will stay, leave or return to an abusive relationship. 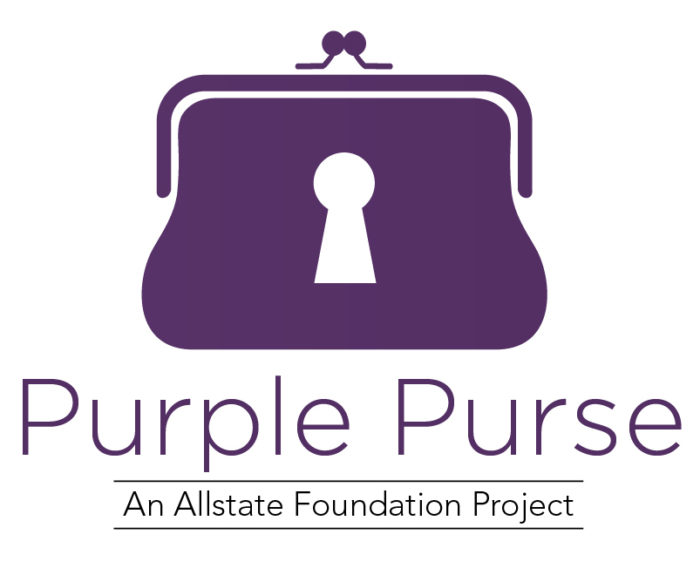 Now in its third year, The Allstate Foundation’s Purple Purse campaign has pledged to donate up to $350,000 to the YWCA for programs designed at assisting survivors of domestic violence and other women in need.

As part of Domestic Violence Awareness Month, The Allstate Foundation is sending more than 1,000 purses carrying domestic violence information throughout the country. 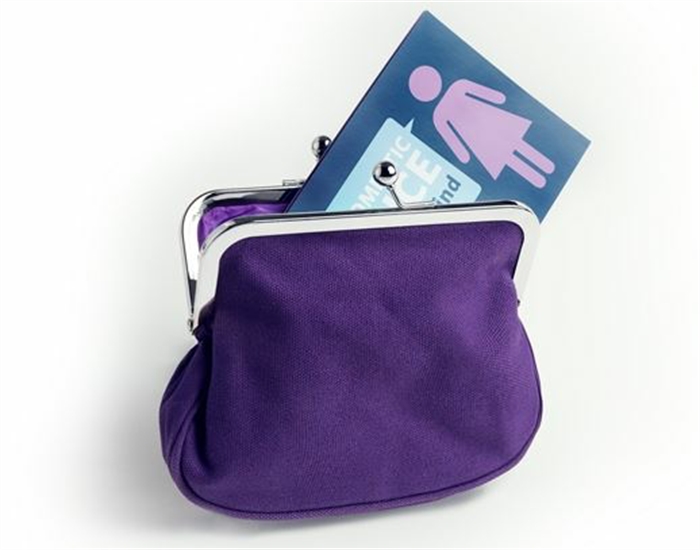 Each purse has a goal of being passed between family, friends, community leaders, celebrities, media, and Allstate employees and agents sparking important conversations and raising awareness.  For every purple purse passed through the end of October, The Allstate Foundation will donate $5 to YWCA.

(A Spanish-language site is available at www.bolsomorado.com.) Each time a virtual purple purse is shared or re-shared, The Allstate Foundation will make a $5 donation to YWCA.

NOTE: Virtual passes trigger the donations just as the physical passes do; all that’s required is entering the code onto the map page on purplepurse.com / bolsomorado.com along with the city and state to trigger the pin on the map!

Taking action against domestic violence is simple – Purple Purse: Pass It On. 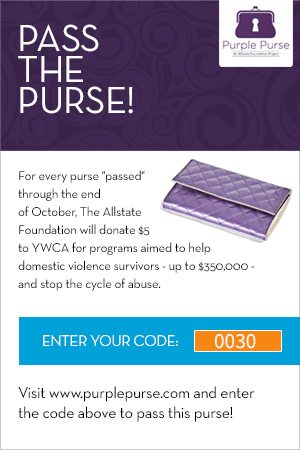 Download these Frequently Asked Questions for even more info about The Allstate Foundation’s Purple Purse. #PurplePurse