Freshen Your Home With A Febreze Air Purifier

Home / House And Home / Freshen Your Home With A Febreze Air Purifier
♥ If you love this post, please consider sharing it & leaving a comment below! ♥

I love using an air purifier like the Febreze® Air Purifier to help freshen our home. Our home consists of 6 people, 4 of them being kids, 1 dog, 1 cat, 2 goldfish and 9 hermit crabs. Add to that cooking odors and sometimes the air is less than fresh. Sometimes it downright stinks.

I  received the Febreze® Air Purifier complimentary for testing purposes. All opinions are strictly my own.

I’d like to apologize for the quality of these photos. My camera batteries wouldn’t charge so I had to use my phone which doesn’t have a very good camera. Also, we’re in the midst of painting and cleaning the walls and baseboards and replacing the carpet. They’ve been dusted but they’re old and yucky looking. Don’t pay any attention to that. 😀 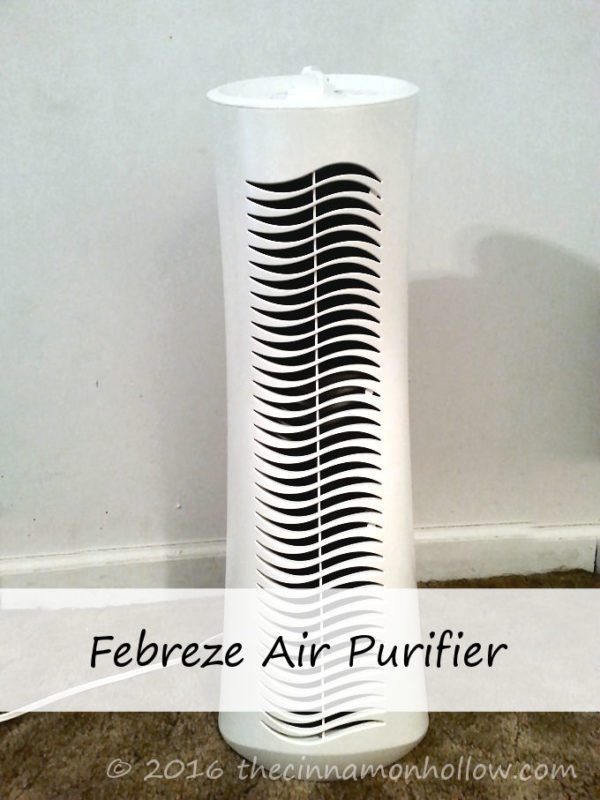 If you’ve never used an air purifier you’re missing out. They filter the air in your home, filtering our odors and allergens. I especially like the Febreze® Air Purifier because it uses Febreze scent cartridges that last up to a month, although they aren’t strong enough. At least not to me. And I have the dial turned all the way up. 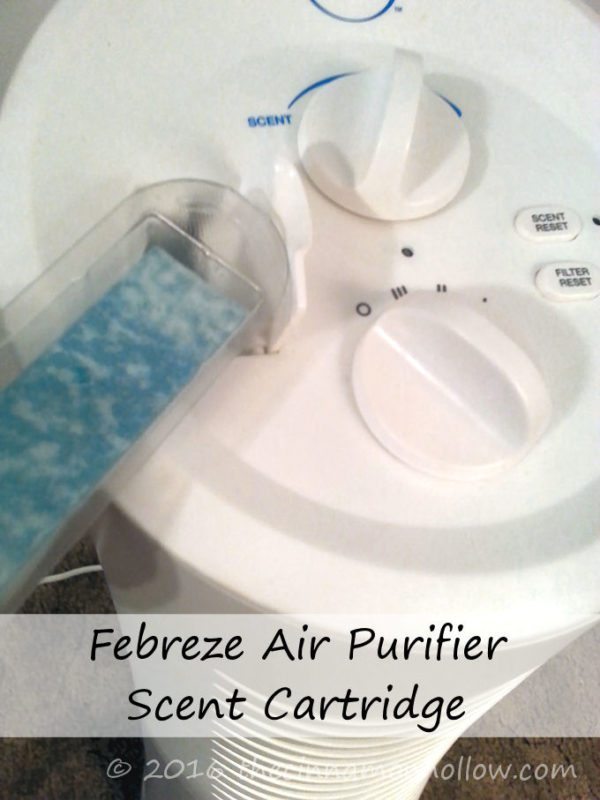 I was hoping that when I use the scent cartridge that it would really throw the scent into the room but I’m not getting that. In fact, I don’t smell it at all unless I get right down next to the machine. I pulled the cover off and inserted it like instructed but… nothing. I may have just gotten one that isn’t very strong but so far, no fragrance. I’ll try another one and see how it does. If it doesn’t throw the scent then I’ll chalk that up to one negative.

The air purifier, on the other hand, is spectacular! It uses two HEPA filters that are supposed to be good for up to 4 months.. The air purifier pulls the dirty air in through the back, through the filters, and pushes it out the front. It is pretty powerful too. On high, it’s pretty loud and feels like a nice, cold fan. It actually made the room pretty cool! On medium or low, it is perfect. 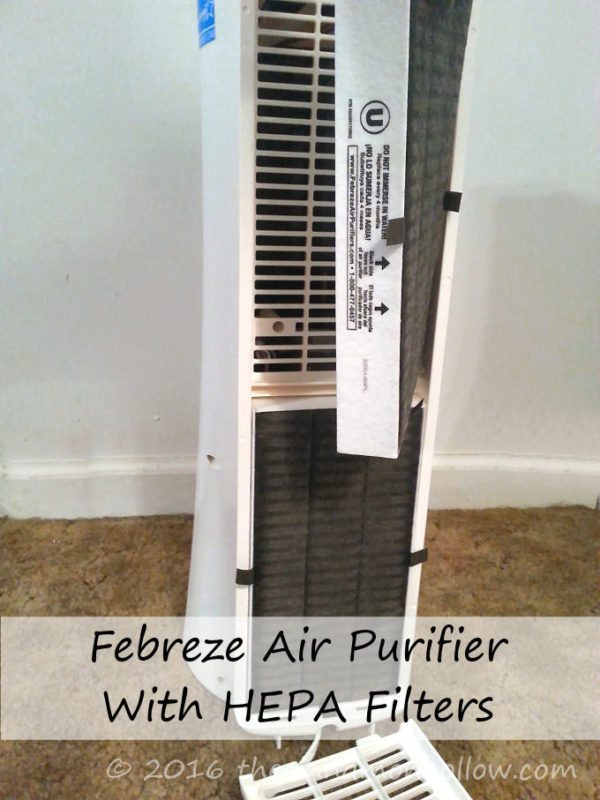 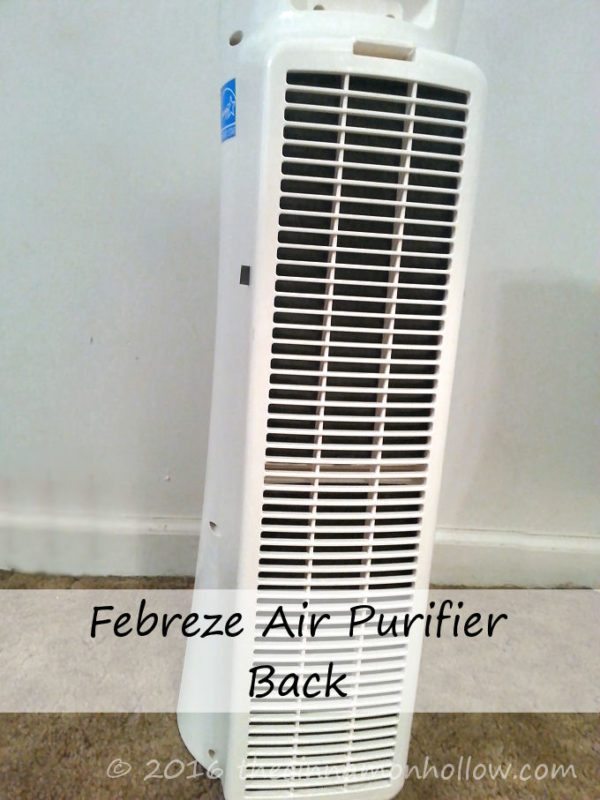 There are two dials on the top. One lets you adjust the fan and the other lets you adjust the fragrance cartridge. There are also two reset buttons. The HEPA filters are good for up to 4 months and the fragrance cartridge for one month. When you first turn it on it begins counting down that length of time. When you replace them you can push the reset button to begin a new countdown. Cool, huh? 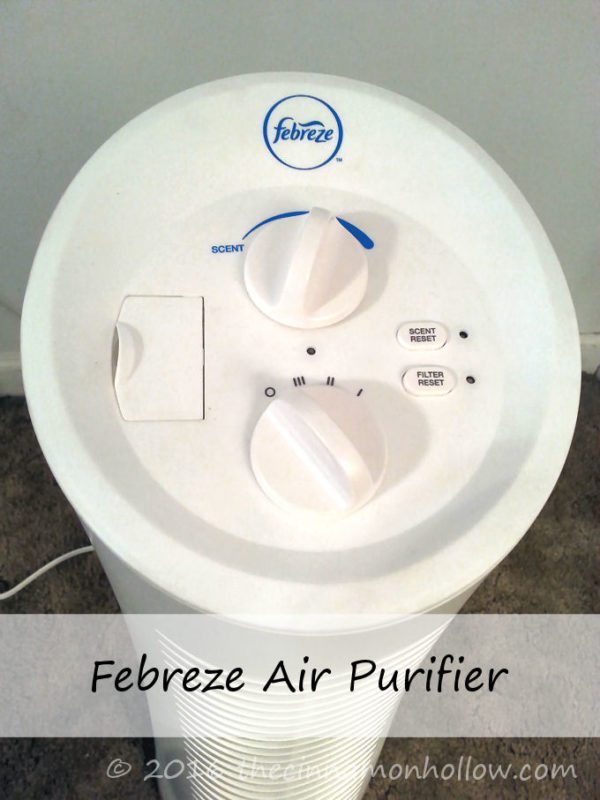 The scent cartridge is inserted in the top on the left next to the knobs. 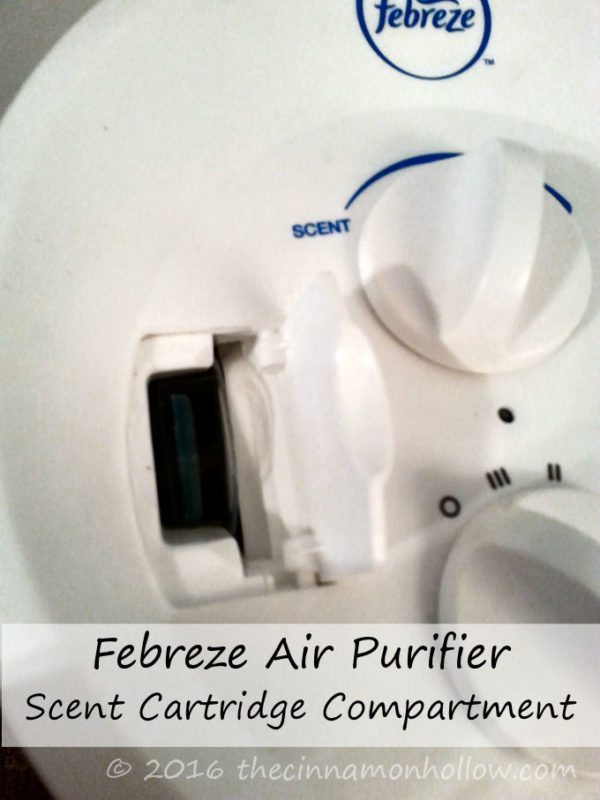 I noticed right away that cooking odors weren’t as strong. (onions and garlic) I’ve been using the slow cooker which permeates the entire house. With the Febreze® Air Purifier I haven’t noticed the lingering scent of food odors.

I also haven’t noticed the smell of the cat and dog. I do try to keep their odors at bay but, you know, they sometimes stink things up, regardless. I haven’t noticed it as much lately.

We were picked for an Escape Room the Game House Party and have guests coming over the weekend. I can’t wait to put the Febreze® Air Purifier to the test and see if they notice a difference!