In The Kitchen With David. A Cookbook By David Venable.

Home / Books / In The Kitchen With David. A Cookbook By David Venable.
♥ If you love this post, please consider sharing it & leaving a comment below! ♥

This product is listed on our 2012 Holiday Gift Guide.

I have just finished reading the most wonderful, comfort food, cookbook ever! 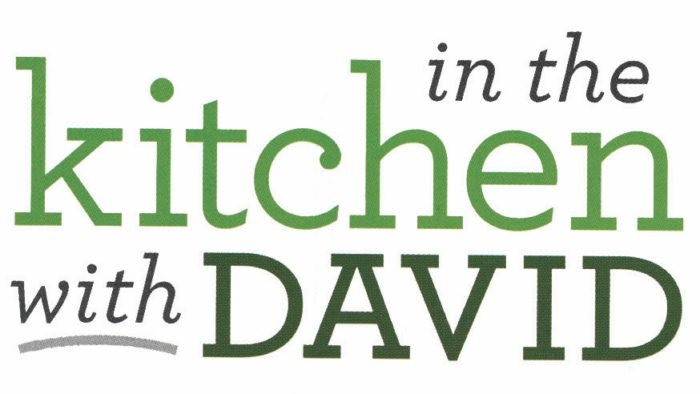 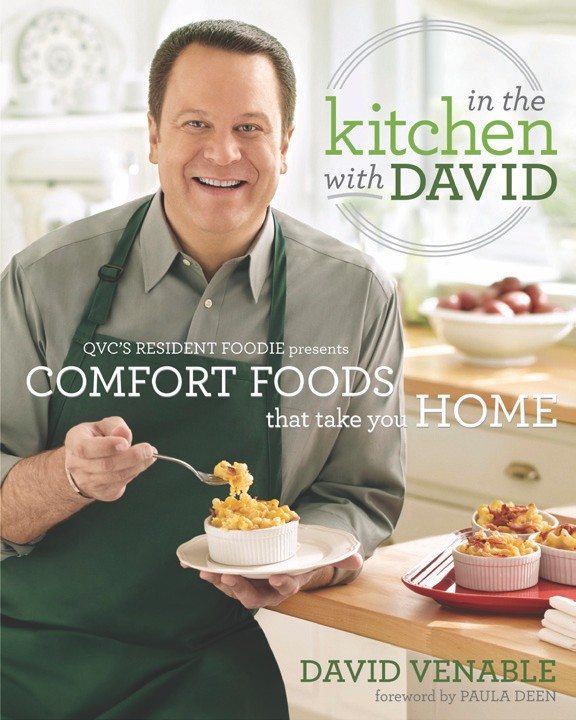 David Venable’s new cookbook, In The Kitchen With David, with foreword by Paula Deen. So you know it’s filled with yummy, Southern goodness like:

The cookbook is broken down into categories like Appetizers, soups, sides, and meats like pork, chicken, beef, etc. Each section is color coded and there is a guide in the back so it is super easy to find what you are looking for. Some of the recipes have a note about how they came to be and some even have notes for additions to make it your own. So the recipes are very adaptable.

I made the “Mimi’s Chicken and Dumplings” where David uses canned biscuits instead of homemade dough and “Pot Roast with Vegetables”. I changed things up just a little because I was sick, not able to go to the grocery and had to use what was on hand. But I can tell you that even with my little substitutions, these recipes came out awesome! And as soon as I can try them straight up, I will. (Hurry up gallbladder stuff)

I’ve never made dumplings out of canned biscuits before now. I always… ALWAYS made them from scratch. I do sometimes use store bought broth and stock but the dough is always from scratch. I was really curious to see if they would have the same amount of flavor since you aren’t seasoning the dough as you mix it. They were actually pretty good! Not exactly homemade, but still very tasty. I think using home stock, as called fr in the recipe would have made a difference and added more flavor. I’ve added some photos and captioned the small changes I had to make if you’d like to see.

Now, because David made his broth by cooking a chicken with carrots, onions, etc., he says to tear the cooked meat off the bone and add it to the broth before dropping in your dumplings. I used a rotisserie chicken but even when I cook my chicken, I add the chicken last because it makes it easier for me to do the dumplings. This is just my personal preference. Do it how it’s easiest for you.

My main difference is that I made it in the slow cooker and not in the oven. I also left out tomato paste, garlic, thyme and beef broth. I’m not opposed to using them, I just didn’t have them. I did have some red wine though so I wanted to sort of at least give this recipe a go.

I had planned on slicing my roast up really pretty and putting it on a plate with the potatoes and carrots then taking a beautiful picture. but it was so tender that it fell apart taking it out of the low cooker. We ended up just spooning chunks of tender pot roast onto our plates. The flavor was phenomenal. The wine gave such a nice, complimentary flavor to the meat. It was heavenly. I can’t wait to try it following the recipe exactly.

I’m a little picky when it comes to recipes. I don’t like a lot of weird ingredients. That isn’t the case with In The Kitchen With David. Aside from the seafood recipes, which I can’t eat, there is not one recipe in this cookbook that I won’t attempt. Especially the desserts! YUM!

My stomach isn’t playing nicely, so I might not be able to eat them just yet but by jinkies you can bet I’ll cook them! (and at least try a bite 😀 )

In The Kitchen With David would make an AWESOME Holiday Gift!

IN THE KITCHEN WITH DAVID

David Venable will be the first to tell you: He loves his food. And, as the beloved QVC® program host of In the Kitchen with David®, he’s put that passion on mouthwatering display, welcoming some of the greatest names in the food world. But Venable’s own culinary skills—honed in the Carolina kitchens of his mother and grandmothers—are nothing short of remarkable and tantalizing.

Now, in his anticipated debut cookbook, Venable shares 150 delicious recipes of hearty, easy-to-make, comforting dishes. In the Kitchen with David covers everything from appetizers and breads to soups and salads to main courses and sides, as well as his lifelong love of bacon (The Divine Swine!). You’ll get ideas for quick Monday-to-Friday dinners, let-it-cook-all-weekend suppers, savory breakfasts and brunches, cocktail party fun, game-day eats, and family reunion feasts. And of course, no Southern-influenced cookbook is complete without a little something sweet.

BIO: DAVID VENABLE joined QVC as a program host in 1993 and has since helped establish and build the multimedia retailer’s gourmet food business. His hit show, In the Kitchen with David®, offers a unique interactive viewership experience and features the latest in gourmet foods, cookware, kitchen gadgets, and cookbooks. While not a chef, Venable, well-known as “QVC’s Resident Foodie,” loves to cook, and his passion revolves around all things food. Prior to joining QVC, Venable was an anchor/reporter for WOAY-TV in Oak Hill, W. Va., and CBS-affiliate WTAJ-TV in Altoona, Pa. He earned his bachelor’s degree from the University of North Carolina, Chapel Hill and lives in Pennsylvania.

Disclosure: I was sent a complimentary copy of David Venable’s cookbook “In The Kitchen With David” to facilitate this review. All opinions are my own.

Next postThe Fear Of Things To Come By Kathryne Arnold