Home / Entertainment / Music / Check Out PointSeven Band From Lexington, Kentucky
♥ If you love this post, please consider sharing it & leaving a comment below! ♥

Each time Clay and I head to the Smoky Mountains, we find something new to fall in love with. Little did we know, that on our most recent trip, we would find a group of musicians local to our own hometown, that would blow us away! The band is called PointSeven and they’re fantastic! 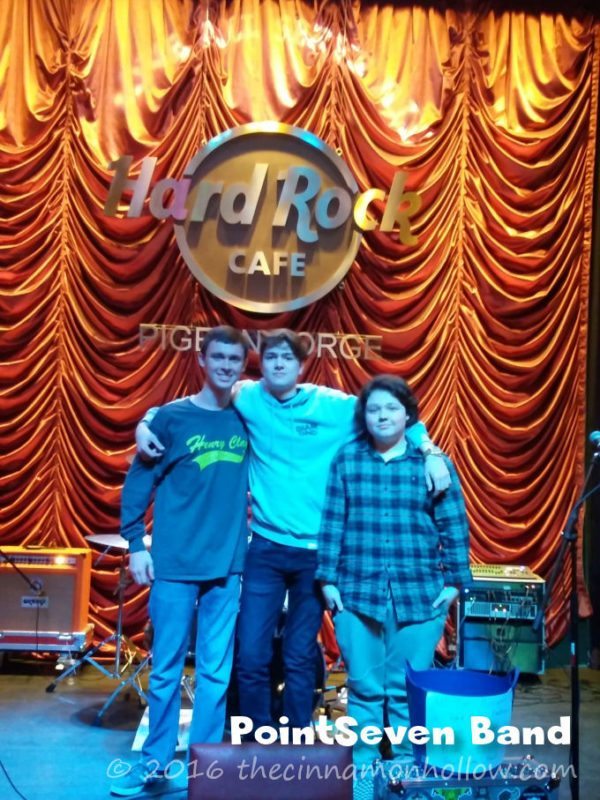 We were actually in the Pigeon Forge area to celebrate my sister-in-law’s birthday as well as to offer our love and support to those affected by the tragic fires that ripped through the area. We decided to head to the Hard Rock Cafe for my sis-in-law’s birthday dinner and I am so glad we did!

When the server seated us, my brother-in-law asked who the band for the night was and we were told it was a group of teens from Lexington, KY. Since that is our hometown we were really excited to check them out. Now, I have to tell you, up front, that none of us really gave much credit when we heard “teen band”. Of, course, we assumed they would be “good” since they were playing at the Hard Rock Cafe, but I think in the back of our minds we all pictured a simple garage band. We had no idea what a treat we were about to receive!

These guys aren’t “good”. They are fantastic!

PointSeven is a band made up of 3 young musicians including CJ Jones – lead vocalist and lead guitar, Colby Grant on bass and Ryan Slayton on drums. Each one of these guys brings something unique and super special to this band. When they play, each one stands out and each one is incredibly talented!

Folks, when you hear that the band is young, don’t assume, like I did. Because their age and length of band life means NOTHING! They have talent. They have chemistry. They have stage presence. They have professionalism and, they have maturity. Just before they started to play, (because I was rude and interrupted their meal for a photo – they were so nice and accommodating) the guys talked to me, personally, and carried on a conversation about their music with so much passion and knowledge that it blew my mind before I’d even heard them play! And all of those things shine through when they are on that stage performing.

Each guy is doing his own thing but you can tell that they listen to each other, they work together to make music and they mesh so well! I’ve been to concerts for older, established artists that dawdled between songs, either re-tuning, chatting with each other or just simply taking mini breaks between songs. PointSeven didn’t do this. They went from song to song without missing a beat. And that made for an even more enjoyable show.

I really wish I’d had my good camera with me. The one on my phone is crappy so these photos are horrible and the video is grainy and, because it is Facebook Live it cuts in and out in spots. But… they still sound great! 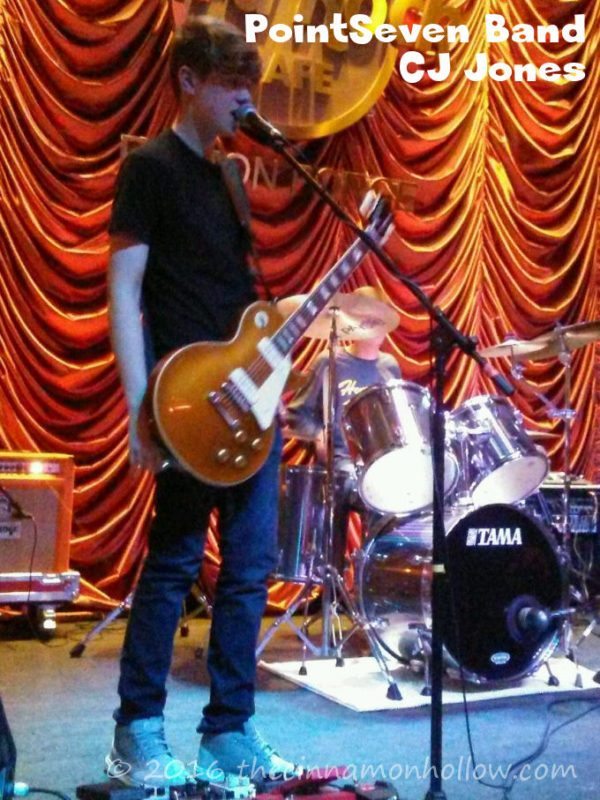 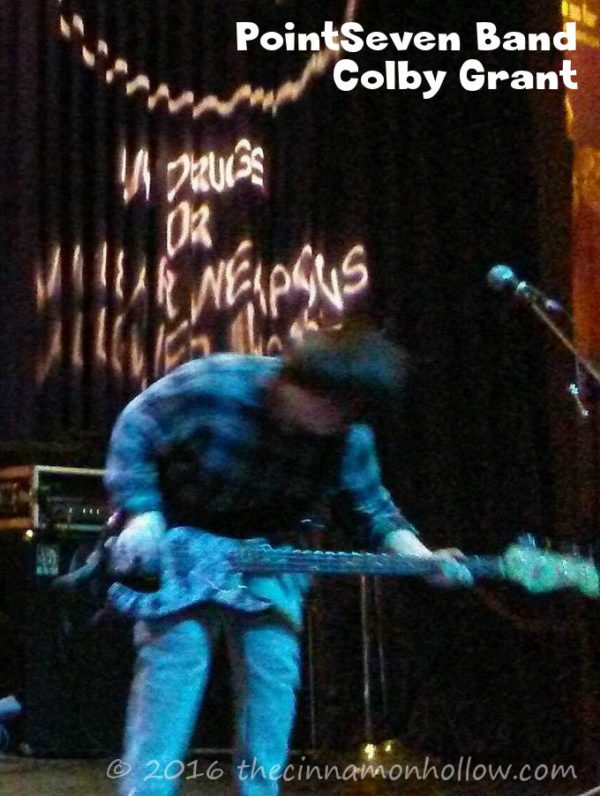 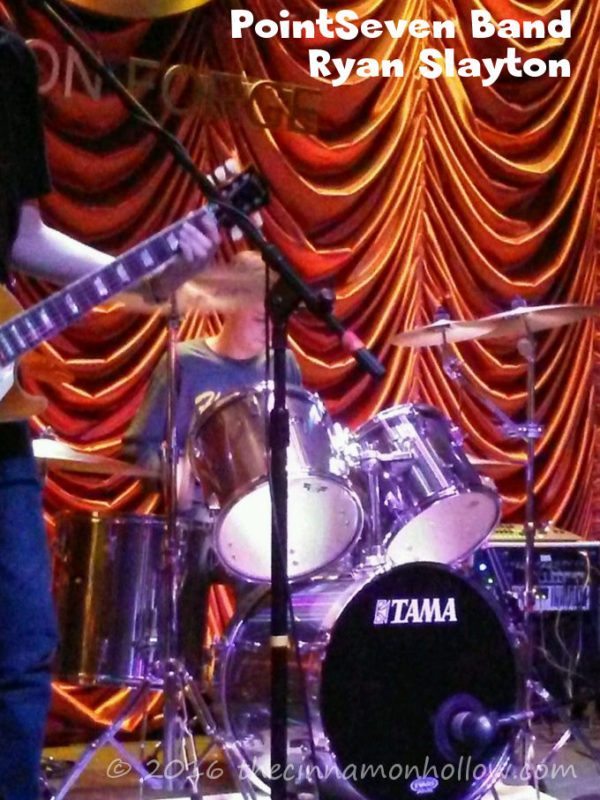 PointSeven is a three piece rock band from Lexington,Kentucky. Formed in January 2016, the band brings Colby Grant and CJ Jones of the now disbanded Bring Back Einstein together with Ryan Slayton of Ghetto Circus. This trio of talented teens blends their high energy brand of original music with cover songs from bands such as Queens Of The Stone Age, Cage The Elephant, and Royal Blood.

Then they started playing and everyone in the Hard Rock Cafe was tapping their feet, clapping and jamming along with PointSeven. I can honestly say that it was one of the best performances Clay and I have attended – ever.

As talented as Ryan, Colby and CJ are, they are having a little trouble getting into venues. They aren’t 18 or 21 yet so they can only play in certain places. They can only play in a venue if there is a certain percentage of food being sold and only as long as the kitchen is open and serving food. So it’s tough for them to get in to places to play as well as getting the word out about their band.  They need help finding places that will let them play and gather a following. If you know of any places, contact me and I’ll pass the word along!

Ok, here is a Facebook live video I did during their show. My phone kept trying to overheat and finally just shut down. So I didn’t get the second set but I think I managed to get almost all of the first. I downloaded it and tried to brighten it up a bit for you and remove some talking when the server stopped by our table.

I know that a couple of the songs sound scrambled in spots. That is because of it being Facebook Live and the signal not being strong enough. The next time I hear these guys playing live, I’ll be using my good camera and just outright videoing without going live.

They started out strong and great and seemed to just get even better as the night went on!

Another thing that really impresses me with this band is their incredible support system. They are not “just a garage band”. These guys are real musicians with a support system made up of their families. I met their parents and they are all just as incredible as these guys are! They answered every question I had, gave us insight into PointSeven and spoke with so much pride and joy!

You can tell that they are not micro-managing every aspect of their children’s lives, but rather, cheering on their son’s in a path they have chosen for themselves and helping them pave the way to what is surely to become one heck of a successful musical career!

They even gave me some cool swag including their EP, a t-shirt and bracelet that my 16 year old son confiscated before I could get a photo. 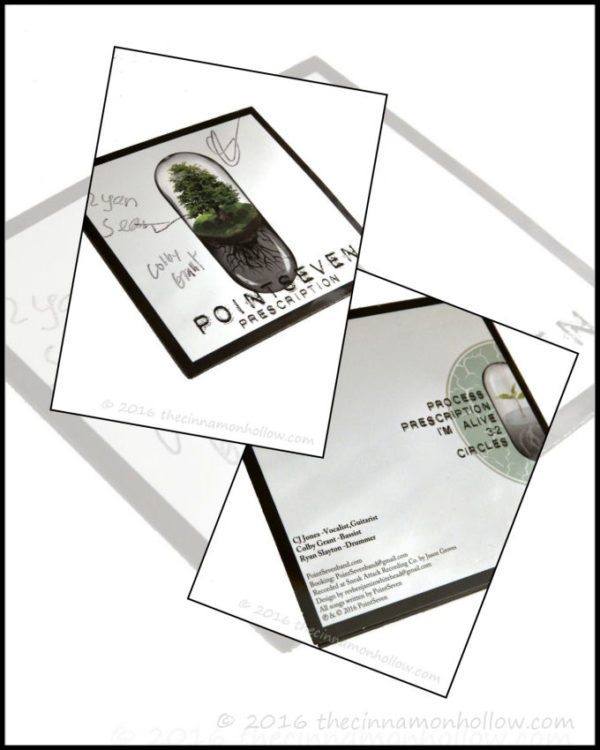 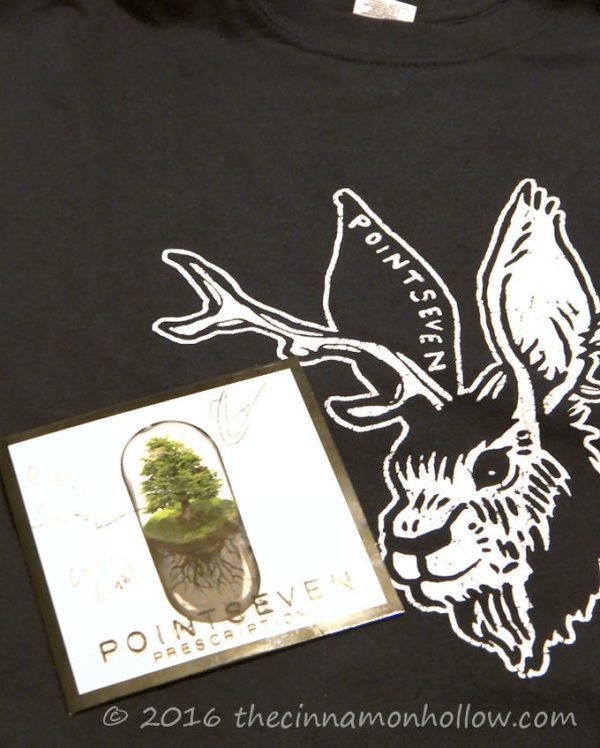 Ok I’ve really rambled on in this post. I can’t help it. I am so excited to introduce y’all to PointSeven. I truly believe this band has a bright future ahead!

I’d like to invite you all to share this post to help get the word out about PointSeven. If you’re in the area, check them out!

Next postGive Handmade Gifts Made By Novica Artisans