Home / Books / Shattered By Dani Pettrey
♥ If you love this post, please consider sharing it & leaving a comment below! ♥ 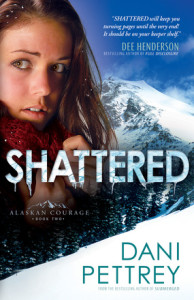 With All the Evidence Against Him, Only a Sister’s Trust Can Save Him Now

When her prodigal brother Reef’s return to Yancey, Alaska, is shattered by his arrest for murder, Piper McKenna is determined to protect him.

Deputy Landon Grainger loves the McKennas like family, but he’s also sworn to find the truth. And he knows those closest to you have the power to deceive you the most. With his sheriff pushing for a quick conviction, some unexpected leads complicate the investigation, and pursuing the truth puts Landon’s career in jeopardy.

When Piper launches her own investigation, Landon realizes he must protect her from herself-and whatever complications await as the two follow clues deep into Canada’s rugged backcountry. Not only does their long friendship seem to be turning into something more, but this dangerous case is becoming deadlier with each step.

My Thoughts:
Don’t you hate it when two people who have feelings for each other can’t seem to just come out and say it? Yeah, me too. But that makes for a great story! And Shattered by Dani Pettrey is one of those great stories.

Piper is a feisty, head strong, stubborn girl who is determined to solve this mystery. The person being accused (her brother)  is very close to her so she’ll do pretty much anything to make sure he is set free.

Poor Landon is so torn he doesn’t know what to do. On one hand, he is a Deputy sworn to uphold the law. On the other hand, he has the feelings, not only for Piper but for the entire McKenna family. They are like his own. So he wants to help them but Reef’s guilt looks pretty solid.

The amount of time it takes to solve the crime (the length of the story)  is perfect. I was able to sit down and read this novel in one sitting because it kept me on the edge of my seat wanting to know who the murderer was.

I think Dani Pettrey did a great job of portraying each of the characters and their fear and determination. Shattered is another one of those stories that has just enough romance mixed in with action and mystery to make it not gushy, but still really good.

If you’re looking for another mystery-romance that is fun to read, add Shattered to your shelf!

Link to buy the book: https://ow.ly/hLsy9

Check out the Litfuse Blog Tour for Shattered. 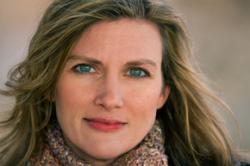 Meet Dani:
Dani Pettrey is a wife, homeschooling mom, and author. She feels blessed to write inspirational romantic suspense because it incorporates so many things she loves–the thrill of adventure, nail biting suspense, the deepening of her characters’ faith, and plenty of romance. She and her husband reside in Maryland with their two teenage daughters.

Disclosure: As a member of LitFuse I received a complimentary copy of Shattered by Dani Pettrey to facilitate my review. All opinions are my own.

Next postLove In The Balance By Regina Jennings