Too Rich for a Bride Book Review. 1st Chapter included.

Home / Books / Too Rich for a Bride Book Review. 1st Chapter included.
♥ If you love this post, please consider sharing it & leaving a comment below! ♥ 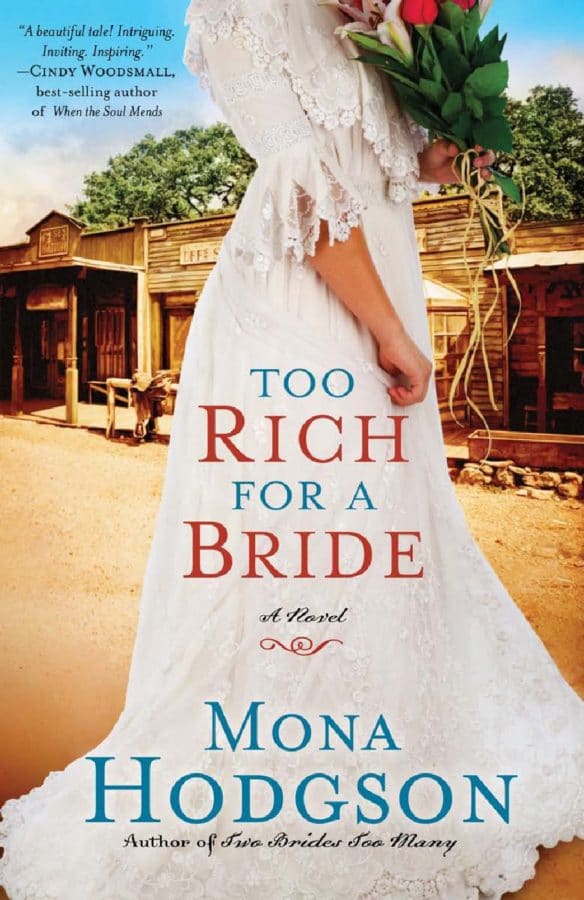 Too Rich for a Bride, by Mona Hodgson is a Christian Romance Novel set in the late 1800′s. The main character, Ida Sinclaire, is an independent woman who it trying to make a go of business during a time when business was reserved for men only. She is a well educated, Christian woman who has no room for romance at this time in her life. She believes that in order to be a successful businesswoman, she has to forsake love and family. She is enthralled with businesswoman Mollie O’Bryan and wants to seek her as a tutor in the business world.

When her education ends sooner than expected, she decides to go ahead and join her sister, Kat and Nell, who are already living in Cripple Creek. This is the second novel in this series. I didn’t read the first novel and I wish I had because I believe I would have learned a bit more about some of the characters. While you can certainly read this book on it’s own, I was somewhat disappointed in the lack of connection between the sisters. I feel like Ida, Kat and Nell would have made a very powerful trio in this story. Had hte sisters had more of a role, I think the story would have been much stronger. As it is, we don’t really see much of them in Ida’s life which seems odd to me since she came to be with them. It felt a bit disconnected.

The “romance” also felt disconnected. She was sought after by two suitors, Colin Wagner and Tucker Raines. I realize that the story was mostly about Ida finding herself as a businesswoman and that came across very well but it is also a romance novel and seemed a bit lacking. I would have liked to see them men actually court Ida more and offer more romance in their courtship. I think overall, the character development could have just been a bit better.

With that said, though, it is still a great read. We see Ida fight the business world during a time when she wasn’t welcome in the least. We also get to see faith being tested and struggles being over come. There are villains and heroes and unlikely allies that make the story a pleasure to read.

Check out the first chapter below:

Too Rich for a Bride by Mona Hodgson (Chapter 1 Excerpt)

Disclosure: I received this book for free from WaterBrook Multnomah Publishing Group for this review. No monetary compensation was received.

Next postKindle Fire Giveaway! The Maid of Fairbourne Hall.