Clay and I love to visit Ober Gatlinburg in the fall. Come to think of it, I think that’s the only season we’ve ever visited in! We need to go in the summer to enjoy the water slides and in the winter for snow tubing. We love going in the fall, though, because of the changing leaves and slightly cooler, more enjoyable temperatures. We try to go at least every other year because they have been adding new attractions pretty regularly. The latest Ober Gatlinburg attractions is their new ice bumper cars! Unfortunately, we didn’t get the chance to ride them on our latest trip but I did get some photos for you! 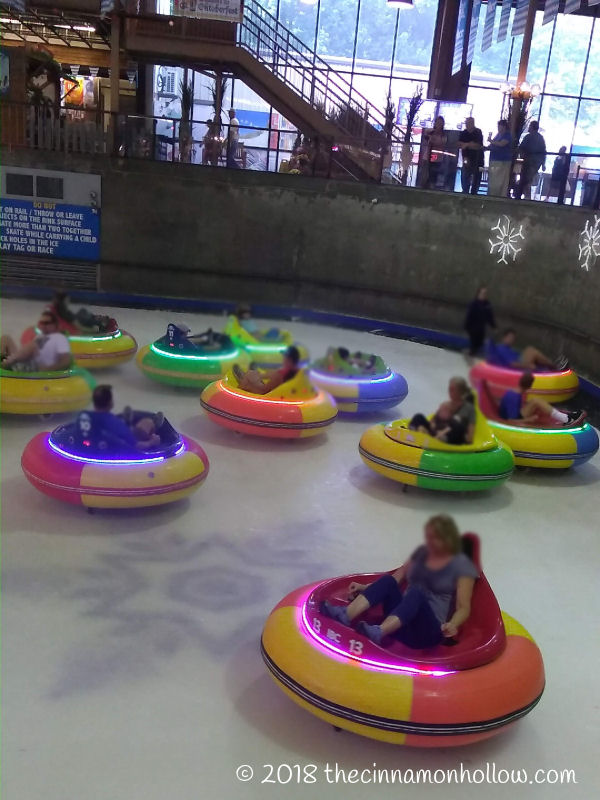 Ober has taken their indoor ice skating rink and divided it to include the new ice bumper cars. One end is ice skating and the other is ice bumpers. 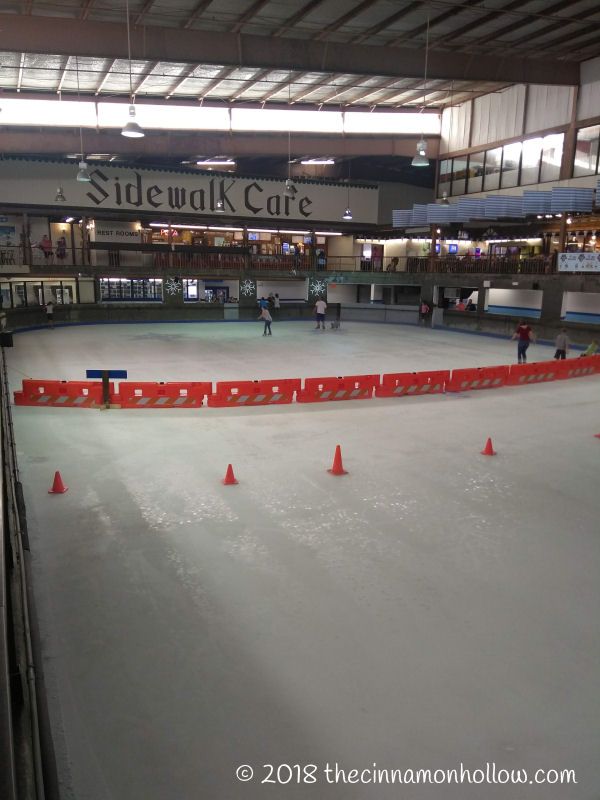 There were quite a few people checking out this new Ober attraction while we were there. Both adults and children were riding and seemed to be having a great time. Clay and I were going to ride them before we headed back down the mountain but the line was fairly long and we were starving and ready to get in our chalet’s hot tub.

So we skipped the ice bumper cars for now and rode the Tram back down to Gatlinburg for some food. We had originally planned on eating at the restaurant at Ober and getting some Bavarian food while listening to the Bavarian Fun Time Band but I had a sudden craving for fajita’s so we decided to eat at Ober next time.

We did split a big ole soft pretzel while we were there. 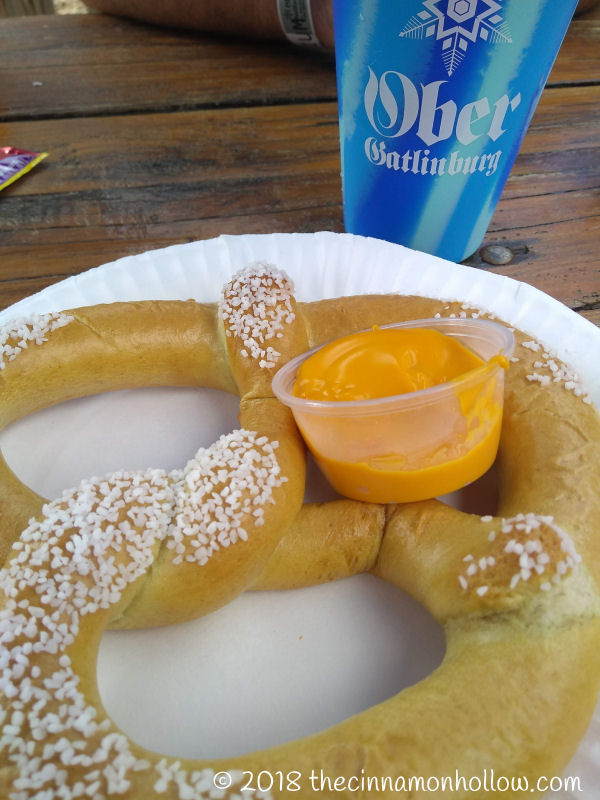 We also decided to partake in the Oktoberfest Bier Garten and drink some seasonal beer. Clay and I both love the pumpkin ale they have on tap during Oktoberfest. He had that and I decided to drink an Angry Orchard hard apple cider. Those weren’t on the Trim Healthy Mama plan but we were there for a fun, romantic getaway. So, some of the foods and drinks we consumed weren’t healthy. But they were in the spirit of Oktoberfest. We decided to go with it and enjoy. 😉 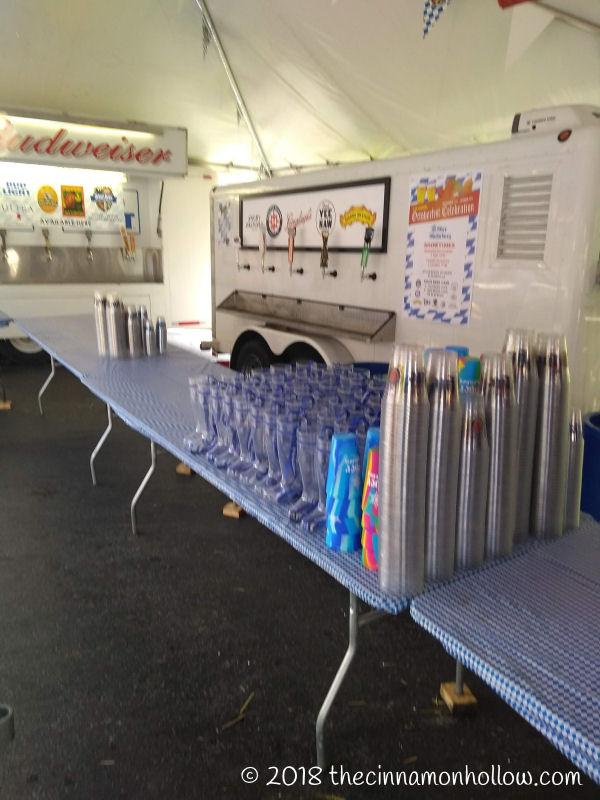 We parked in Gatlinburg and rode the Tram up to Ober. This was the first time we’ve ever made it to the front of the line and been able to be right in front of the front window!

Here’s a little video of part of our ride going up, before the battery started to go.

It was so beautiful going up and there was a nice, cool breeze blowing through. We passed over the Gatlinburg Bypass, countless trees and homes and even saw the replica Barbie Dream House the rents for upwards of $800 per night in the off season!

You can see more photos in the slideshow at the bottom of this post. 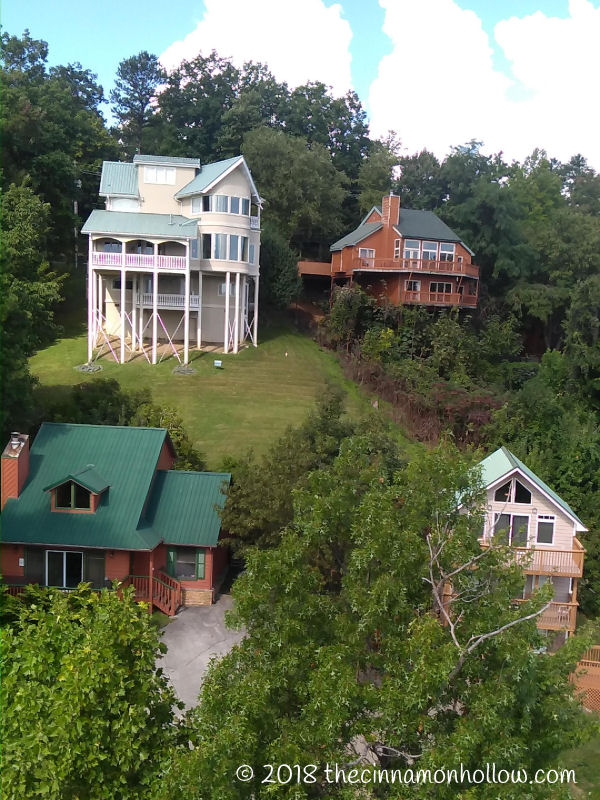 While we were at Ober’s Oktoberfest, we rode their Ski Mountain Coaster. It is so much fun! We both love zipping across the mountain and around the curves. I don’t let myself go as fast as Clay does. He likes to go full speed. I’m too chicken to go full-tilt but I do go pretty fast.

After we rode the coaster, we took the chair lift up to Mt. Harrison. It is so pretty up there. The view is gorgeous any time of year, autumn colors or not. I’d love to be up there when there is snow on the ground. I bet the snowy view is amazing! 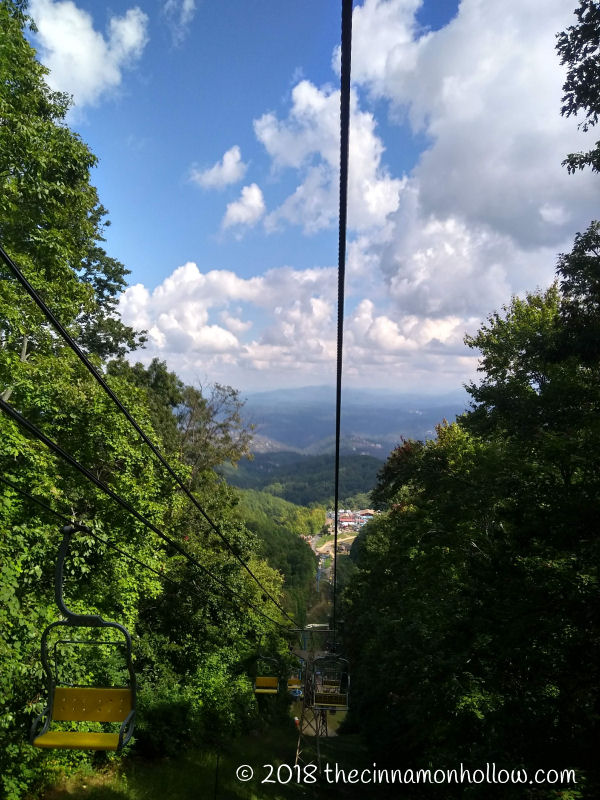 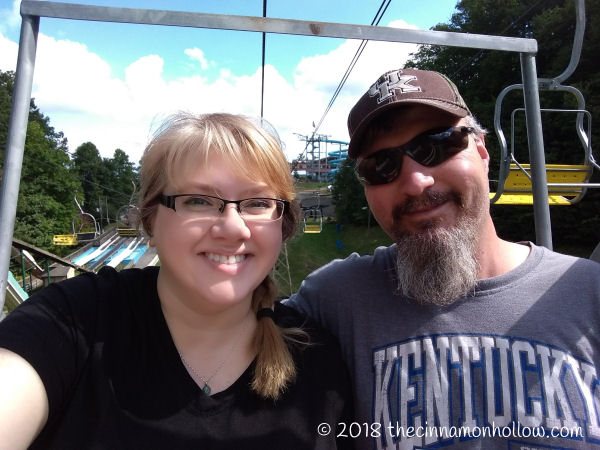 While up top, we listened to some Bluegrass music. There is a band that plays up there and we love to just sit and listen. On cold days we’ll buy an apple cider or hot chocolate and listen the music while taking in the view. It is incredibly peaceful and relaxing up there. 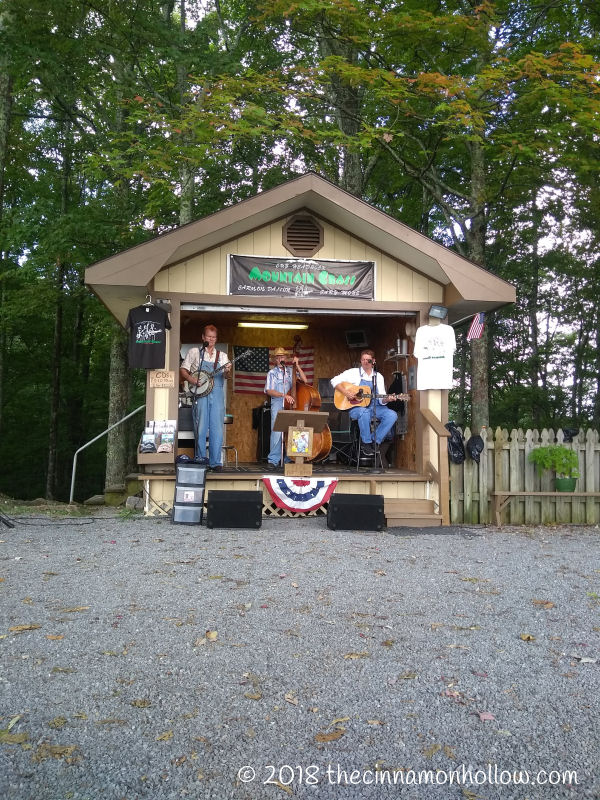 When we came back down the chair lift, we went into the Wildlife Encounter to see the animals. They have black bears, river otters, bobcat’s, owls, turtles and reptiles and even skunks! One lady accidentally dropped her drivers license into the bear habitat while we were there! Staff members came out with what looked like a taped up plunger on a rope and kept swinging it down and dropping it until it landed and stuck on the license, then pulled it up. While they were doing that, another staff member dropped some treats down to the bears to keep them occupied. 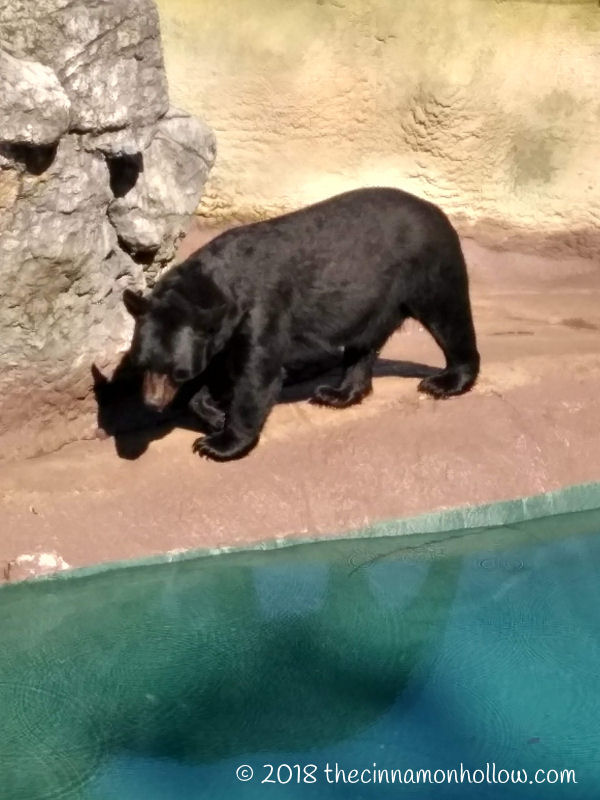 Everyone cheered. The bears went back to what they were doing and we all moved on. What amazed me most was that they were already fully prepared for that. Just how many people drop things down there??? Apparently. A. Lot.

Inside, we saw the Ober Yeti and got some photos of him (her?). The kids that were there LOVED seeing Yeti. But… so did the adults! I think there were as many adults scrambling for photos as kids. It was funny to watch. 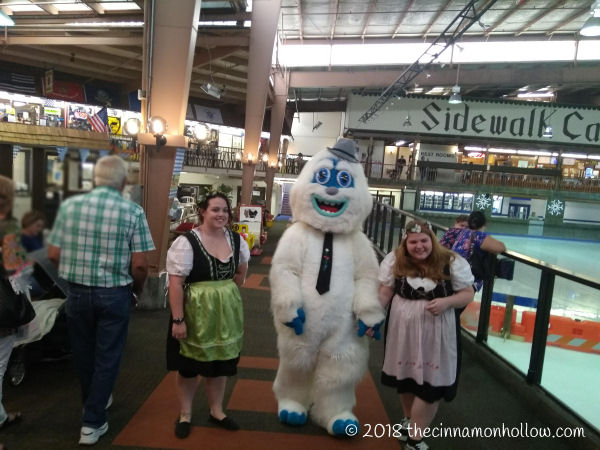 Here is a small slideshow with a few photos from our visit to Ober Gatlinburg to check out their new Ice Bumper Cars and Oktoberfest.

Clay and I had such a nice time during our visit to Ober. They are constantly expanding and upgrading and it is a great place for some family-friendly fun. We visit as often as we possibly can.

Have you ever visited Ober Gatlinburg? If, so what is your favorite season to visit and are you looking forward to eh new Ice Bumper Cars?

Previous: How To Keep Your Horse Farm Green Without Spending A Fortune
Next: Make A Perfect Protein Iced Coffee Every Time! THM – FP

Follow our travel adventures @ The Martin Family Adventure!!! Subscribe To Our Newsletter
Shop in our Amazon store!
Shop with us @ Trim Healthy Mama!

Bible Verse Of The Day 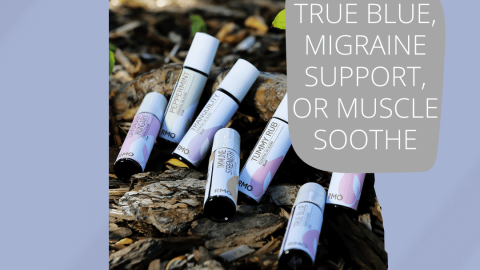 A FREE Roll-On with a $40 Purchase

Use code ROLLON to get a free roll-on of choice (True Blue, Muscle Soothe, Migraine Support) with any $40 purchase

Disclaimer:
Offer ends January 31, 2022 at 11:59 pm MT I For affiliates to promote to their audience I Cannot be combined with other codes