Disclosure: I am a member of the Collective Bias®  Social Fabric® Community.  This shop has been compensated as part of a social shopper amplification for Collective Bias and its advertiser. #CollectiveBias

I have a GREAT Valentine’s Day Gift Idea for you. If your significant other is in the market for a new and inexpensive cell phone, you should sign up for Walmart Family Mobile’s Lowest Priced Unlimited Plans,#FamilyMobile  powered by T Mobile. It is the service I just recently switched to and I love it. 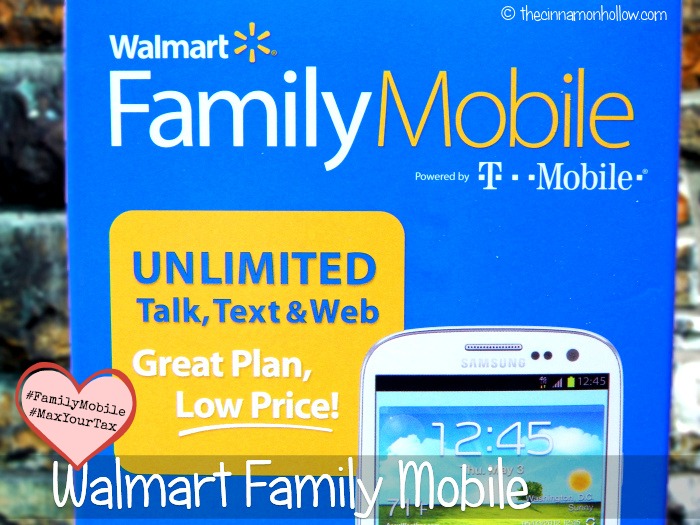 Walmart Family Mobile uses T-Mobile service. Clay and I recently ended our contract cell service and have been shopping around for a great pre-paid plan. Of course, the phones we previously used were a couple years old and couldn’t be switched to a new carrier, so we needed to phones to go with the new plan. Now, because I do a lot of blogging and Business Assistant tasks while on the road, I wanted something with better features. The phone I chose is a bit pricey.

But Clay doesn’t need all the extra features. He needs something reliable to make calls with, the ability to take basic photos and data if he decides to go online or play a quick game while on his break. He needs to be able to stay in touch with his loved ones but also stay in touch with work. So something under $100 is really all he needs. And Walmart Family Mobile has good phones, like the Evolve, in that price range. We made a trip to Walmart to shop for a phone for Clay but because we were just coming out of the Holidays, they were still restocking. So there weren’t many on the shelves that day. But there were when we bought mine so we know they have a great selection. We’re going to Walmart again to shop around in their Walmart Family Mobile aisle and do some more research on all the phones they offer for less than $100 and our tax time refund is going to be used, in part, to buy him a new phone for Valentine’s Day. If you don’t need a big, fancy phone or don’t have the budget for a more expensive phone, your tax refund will go a long way in purchasing a less expensive phone with just as great phone service on the Walmart Family Mobile plan! #MaxYourTax 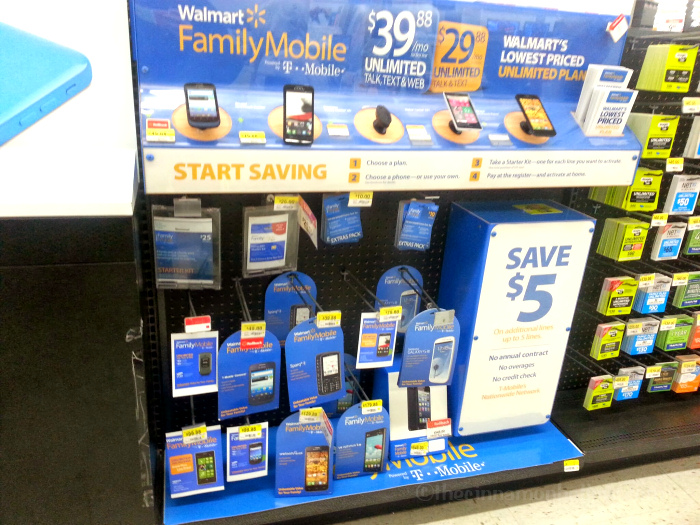 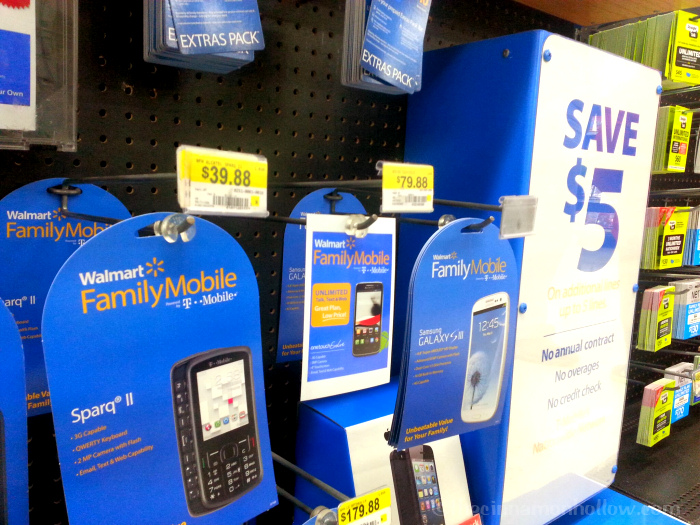 Because I already knew which phone I wanted, Clay bought mine as an early Valentine’s Day gift and I’ve been playing with it for several days. I’ve had great service so far. I’ve not had any dropped calls. I’ve been able to text all my pals and keep up with blogging and BA tasks while on the go. The Unlimited Talk Text and Data/Web has been a lifesaver and it’s costing me less than $50 per month! My previous plan was super expensive and didn’t offer me anything more than Walmart Family Mobile, other than short code texting. I do miss that because I had some alerts I had signed up for that I can’t on my new phone, but it isn’t anything I can’t live without. The unlimited phone service and 4G defintiely make up for that one thing. 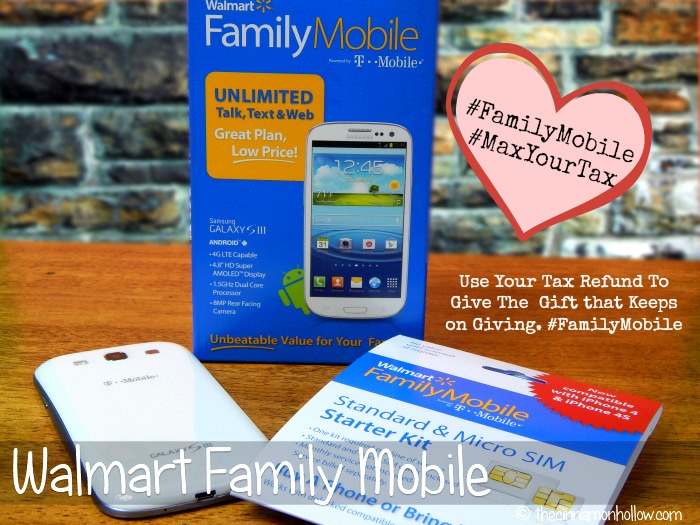 It’s really easy to set up your service. For mine, I bought the phone that I wanted and a Starter Kit which is $25. It has your new Sim card/Micro Sim Card and activation info. You can set your phone up online but I decided to call to set mine up. Inside your Starter Kit and phone are all the activation numbers you need. Just call and the customer service rep will walk you through the process. In less than 10 minutes my new phone service was up and running. And I won’t have my first phone bill for a couple weeks because the Starter Kit took care of that for me. 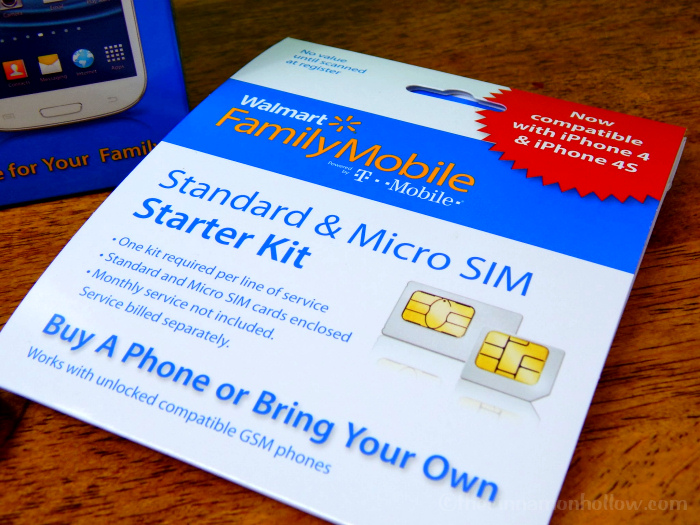 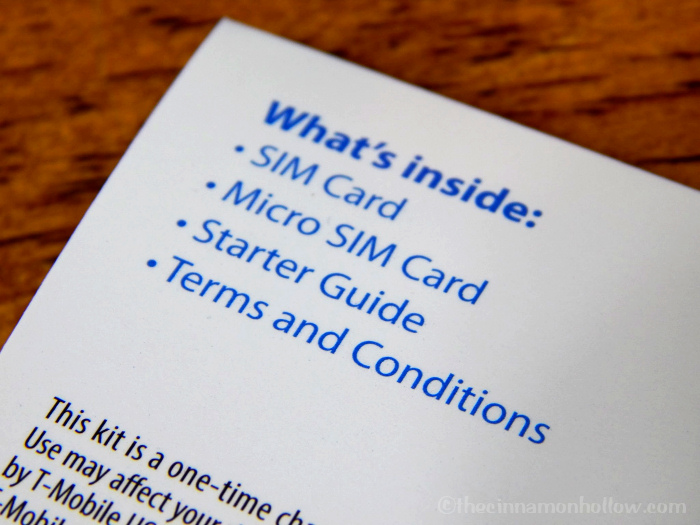 So, if you’re in the market for an inexpensive Valentine Gift as well as a new smartphone, I suggest Walmart Family Mobile. I’m not only in love with my phone but I really love the service so far too. I’ve only had it a couple of weeks but I couldn’t be happier!

Check out Walmart Family Mobile for the lowest price unlimited plans and let me know how you like it in a comment below.