Mmmm a bread pudding recipe! (also known to many as baked French Toast) I’ll get to that in a minute though. We eat a lot of bread in our family. We eat it with practically every meal including dessert! I’m southern so Bread Pudding with a Kentucky Bourbon sauce is something that I’ve grown up with. It’s filled with cream and eggs and sugar so it’s a rich, sweet dessert but that doesn’t mean that it can’t be made a little better for you. So, today, I’m sharing my favorite bread pudding recipe that has been changed up just a little bit.

I typically use stale french bread and Bourbon but I wanted to try something a little different. I decided to try whole grain bread and our favorite brand of Apple Pie Moonshine. We use Sugarland’s Apple Pie Moonshine for this because is has a caramel finish. Arnold® brand is my go-to for sandwich bread and I adore the Arnold® Whole Grains Oatnut so I decided to give it a try in my Apple Bread Pudding recipe! I also made a delicious moonshine glaze for the bread pudding. I have three letters for you… O M G! 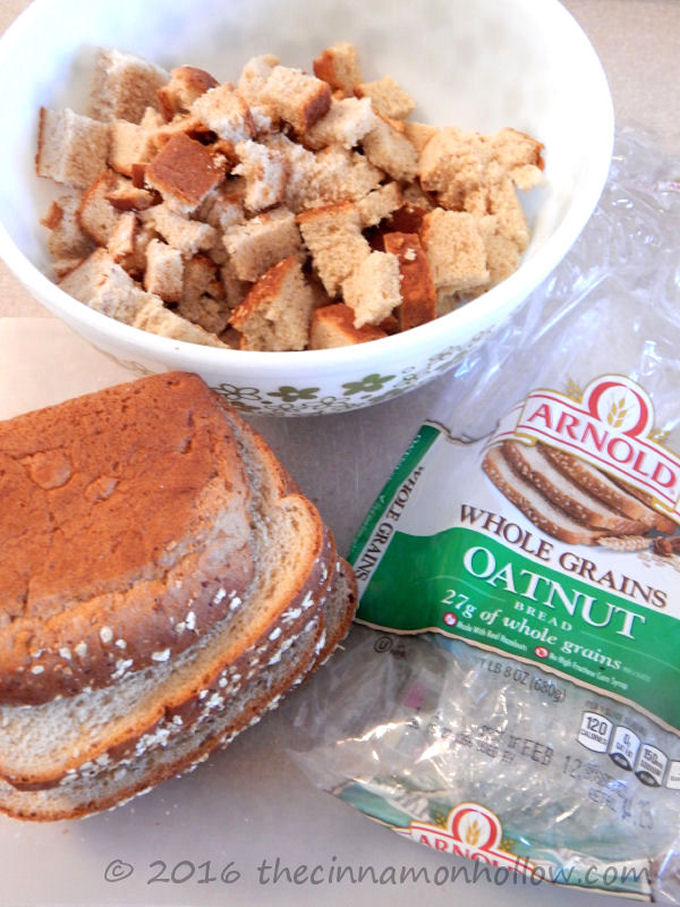 The coupons for product redemption, information, and gift card have been provided by Arnold® Bread so that I could try the product and share my thoughts and information about Arnold®. The opinions expressed in this post are my own and do not reflect the opinions of Arnold® Bread.

Even though I thought it was already pretty great, Arnold® bread has made some improvements!

Made with 100% whole grains, Arnold® Bread Whole Grains 100% Whole Wheat Bread is better than ever with 3g of fiber and 100 calories in each slice. It now has a whopping 23 grams of whole grains per slice! Also, Arnold® Whole Grains 100% Whole Wheat sliced bread has no high fructose corn syrup or artificial colors or flavoring. Dude, that’s awesome!

*Availability: Brownberry® bread is available in the Midwestern U.S. and can be found across the Eastern U.S. as Arnold® bread

For this bread pudding I used the Arnold® Whole Grains Oatnut. It is a fairly firm bread so I knew it would hold up well in a bread pudding. I also love that is has all the visible grains and crunchy oat topping. It adds so much amazing texture and flavor to the bread pudding.

Since I was using apple pie filling, I wanted to use something other than Bourbon for the glaze. What better than an apple pie moonshine glaze? The brand we love has this incredible caramel finish to it so I knew it would also lend nicely to the sauce. If you don’t like to use alcohol in your baking simply leave it out or substitute with apple cider or juice. But I have to say that it adds delicious flavor to the sauce!

I’m a big fan of all the varieties of Arnold® bread. The Oatnut worked perfectly in my bread pudding and the other varieties make perfect sandwiches too! 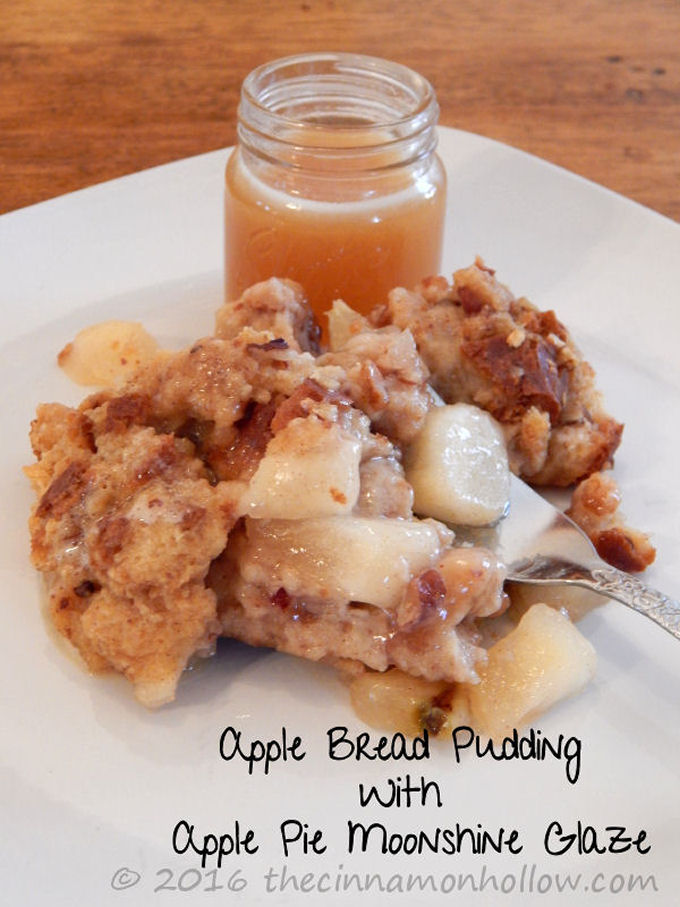 Check out our recipe for Apple Cinnamon Monkey Bread too! It’s similar to a bread pudding.

If you love this bread pudding recipe, we’d be honored if you’d click that nifty Yummly button above the recipe box or at the top of this post and Yum our recipe. It’s right there in the social sharing buttons. Here is our publisher’s page if you’d like to check it out! https://www.yummly.com/page/thecinnamonhollow 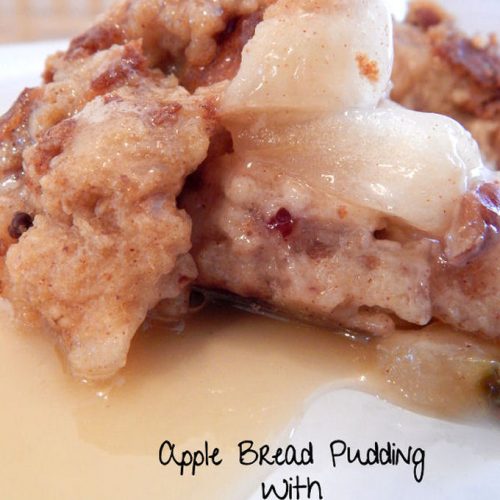 *NOTE* – This giveaway has now ended!

Giveaway ends March 4, 2014. Winner will be notified via email and will have 48 hours to respond before a new winner is chosen. Open to US residents only.

Let me know if you try this bread pudding recipe. I’d love to hear your thoughts!

Next postSoothe Diaper Rash And Dry Skin This Winter