Check Out Our Pampering Spa Party With NIVEA #NIVEAmoments

Home / Holidays / Parties / Check Out Our Pampering Spa Party With NIVEA #NIVEAmoments
♥ If you love this post, please consider sharing it & leaving a comment below! ♥

My girlfriends and I have all had one heck of a time of it the last 2 years. From lay-offs to in-laws moving in, to illness and job changes, things have just been really tough. So I decided to throw us all a night of pampering, yummy food and wine with a Pampering Spa Party using my favorite, NIVEA lotion. We needed some girl time to regroup, recoup and just be together. 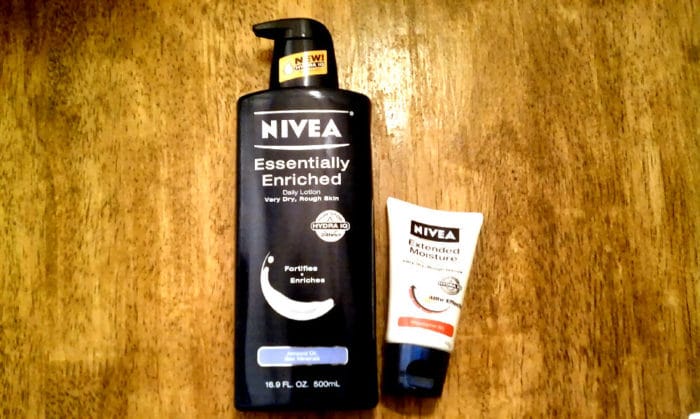 Just as luck would have it, and to prove the last two years were crappy, one of my girlfriends got called in to work and another had to have emergency gall bladder surgery! So that left me and my sister-in-law and my mother-in-law. But that’s ok because we made the best of it and had a great time! (Until the next afternoon when the stomach bug my oldest daughter had, hit me. What a year!) 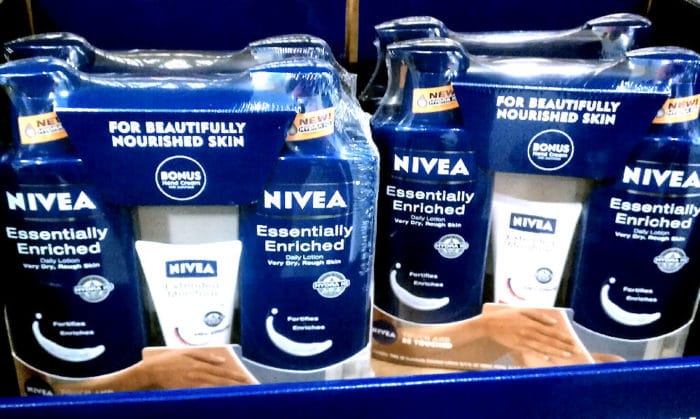 I went to Sam’s Club and bought the lotion and the party food and supplies. I was planning on more guests including the husband’s so I wanted to save money and make sure I had plenty. I can do that at Sam’s Club by buying in bulk. It always costs less that way than it does buying multiple packages elsewhere. You basically get a discount on the bigger packages. And since we have 4 kids, we have a membership there anyway. So it works for our monthly stocking up as well as all the parties and get togethers we host. They have the NIVEA at Sam’s Club in a two pack of 16 oz bottles and some have a little sample bottle of another type of NIVEA so we got those. That way, I could give each of the girls their own bottle of NIVEA to take home with them. 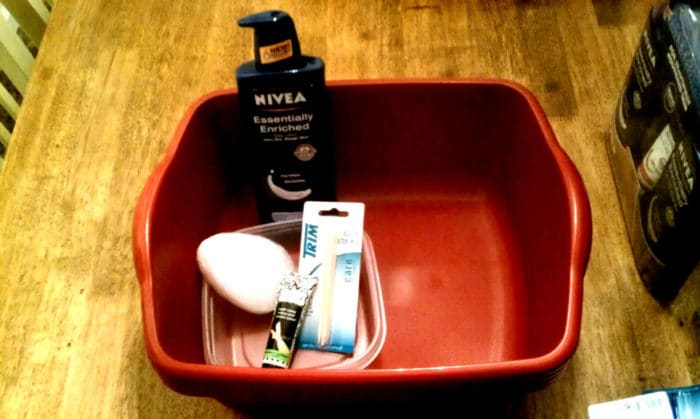 So, I bought party supplies and food at Sam’s Club and then set up. I bought some red wash tubs/dish pans to soak our feet in and they worked perfectly. I had planned on giving each of my girlfriends a tub, Spearmint & Eucalyptus foot soak, cuticle tool, dry skin buff and a big bottle of the NIVEA lotion. My sis-in-law and mom-in-law got theirs but my daughters joined in the fun so we’ll have to do it again another time with the girls that couldn’t make it. 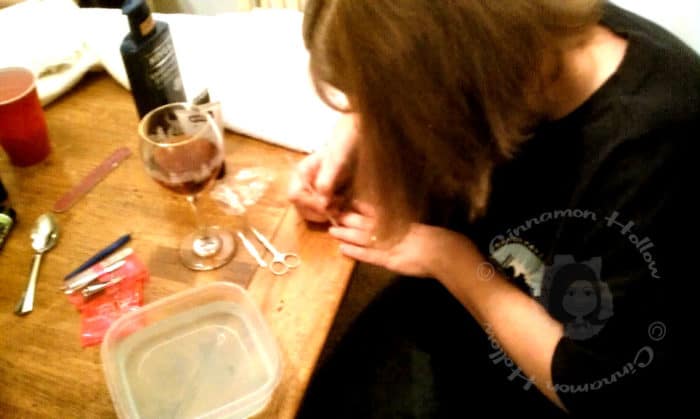 My daughters soaked their feet, and the floor and the table and everything else, but they had so much fun! 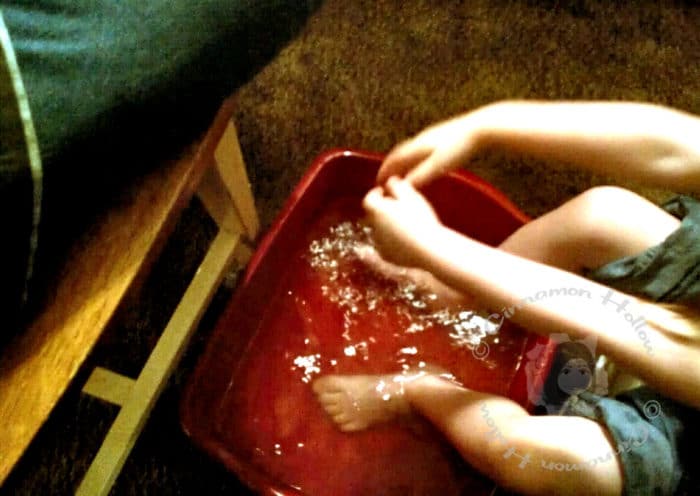 I soaked my feet and since I”d never had a pedicure, my sis-in-law buffed my feet and massaged NIVEA lotion into them. She is such an ANGEL! I kept telling her she didn’t have to pamper ME, it was all about them but she didn’t listen and my feet thank her for it!

I tried to get the husbands to pamper their wives but they wouldn’t go for it. That’s ok though. I paid some of them back by pinning them down and painting THEIR toenails silver! HA! Take that dudes!Taht’s my princess in the pink toenails, lol 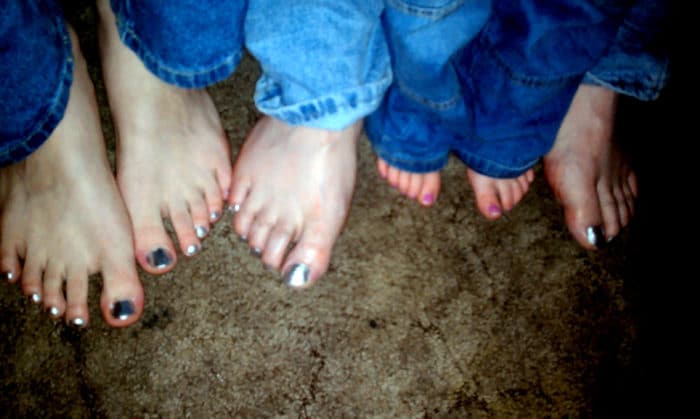 Even though everyone couldn’t make it, we still had a great time. Actually, it was even better because my sis-in-law and I got to have some bonding time that we hadn’t had in a long time. So it was wonderful.

I am such a huge fan of NIVEA lotion. It really helps my dry, wintery skin. That stuff is great! It really moisturized my skin and rubbed in so easily.

Connect with NIVEA and #NIVEAMoments online:

There’s going to be a fun #NIVEAmoments Twitter party too on Tuesday, December 4, 1-2pm EST

You can see our full path-to-purchase for our party at Google+.

Disclosure: I am a member of the Collective Bias™ Social Fabric® Community.  This content has been compensated as part of a social shopper insights study for Collective Bias™ and Beiersdorf for NIVEA.  #NIVEAmoments #CBias #SocialFabric All opinions are my own.