Home / Books / Jabberwocky By Daniel Coleman
♥ If you love this post, please consider sharing it & leaving a comment below! ♥

Disclosure: This is a sponsored post on behalf of The Book Stalker. All opinions are my own.

I have an awesome giveaway for your today! Daniel Coleman, author of Jabberwoky, is giving away (via The Book Stalker) a $50.00 Amazon or Barnes & Noble Gift Card as well as signed books and ebooks. I haven’t had the chance to read this Jabberwocky by Daniel Coleman, yet, but it looks to be really great. To enter, check out the details below and then enter using the Rafflecopter widget embedded below. 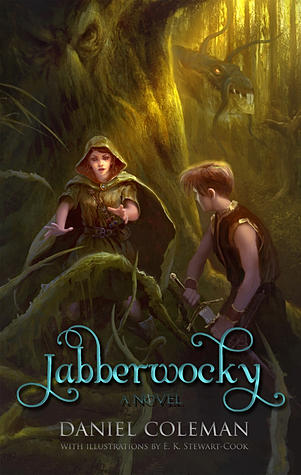 Jabberwocky: a novel based on the epic poem by Lewis Carroll.

How can a boy succeed where an army has failed?

Tjaden, a young man who aspires to be an Elite soldier, blames himself when Elora’s beautiful face is disfigured by a bandersnatch. Elora hides behind her scars, feeling unlovable in a world that only confirms her doubts.

Before Tjaden has a chance to convince her the scars don’t matter, an even more terrifying monster comes between them—the Jabberwock. Tjaden must risk his life not only to prove his love to Elora but to save her life.

If the secrets of the vorpal sword fail, so will Tjaden.

Buy the Book from: 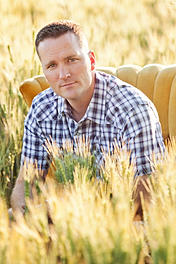 Daniel Coleman spends his time back and forth between two worlds – the fantastic world of Writing where happy endings are common, and the very real- life world of Firefighting where the outcomes are as varied as the emergencies.A small farming town in northern Utah is his home, where he resides with his wife, 3 kids and an ever-changing menagerie.

Daniel got his start in writing the same place he started reading–Fantasy.  He is currently working on follow-up books as well as polishing a science-based Urban Fantasy novel, New Phoenix Rising, which recently won First Place in the League of Utah Writers Contest! 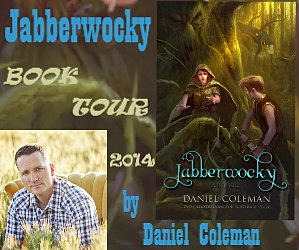 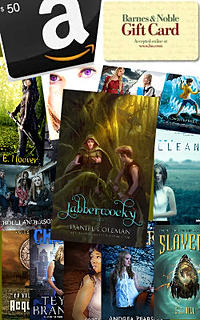