Home / House And Home / DIY / Routine Maintenance: Simple Steps To Protecting Your Septic Tank
♥ If you love this post, please consider sharing it & leaving a comment below! ♥

If you live in the country, you most likely have a septic tank instead of city sewage. And if you have a septic tank, you know first hand that it needs to be taken care of to function properly. That is one thing you do NOT want to malfunction! It’s also one thing I think we all take for granted until problems arise. There is some routine maintenance you can do, though. Just some simple steps to take to protect your septic tank and septic system.

I am a Roto-Rooter Brand Ambassador. This post contains sponsored content, however, all opinions are my own based on personal use of the products mentioned. Your results may vary from mine.

When I was growing up we lived in the country and had a septic system. Once, every quarter, my mom would toss a packet of yeast into the toilet. The kind you get right in the baking aisle. She said the yeast helped keep needed bacteria in the tank to remove waste and keep it from building up. It worked on what was in the tank.

When Clay and I got married, still living in the country and using a septic system, we began using other products to help maintain the system. Yeast works ok on whats inside the tank, but I found over the years that products like Roto-Rooter work to protect the pipes leading to it, keeping gunk from building up in the lines. 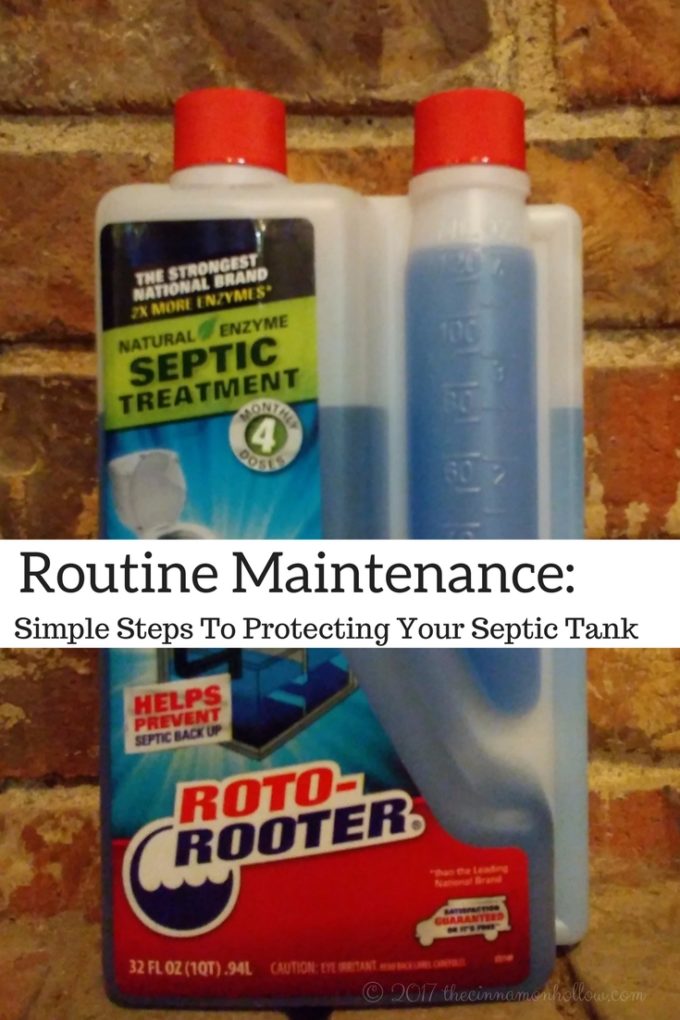 The Roto-Rooter Natural Enzyme Build-Up Remover formula for maintaining your Septic Tank works to keep all the pipes free and clear so you won’t have a clog and backup. The natural enzymes in it break down things that would coat and stick to the pipes. These pipes need to be clean or waste won’t flow into the tank, causing a backup in your house. And that’s just nasty.

So, some personal tips I have for maintaining your septic tank are: 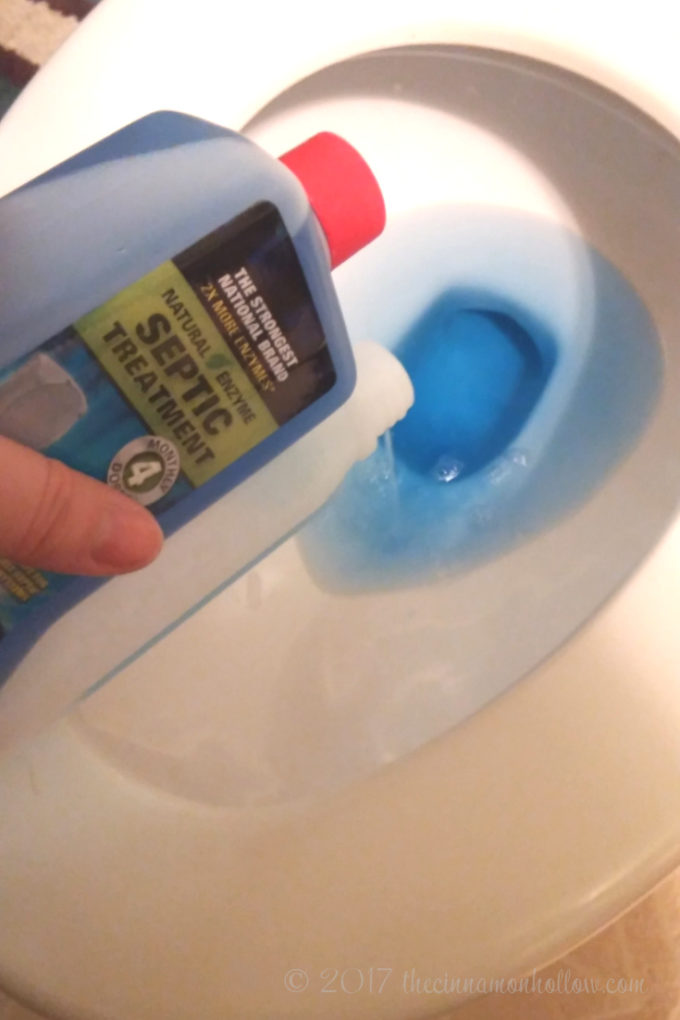 So, those are just a few things that I, personally, recommend for keeping your septic tank running smoothly. What are some tips you have?