Home / Pets / Two Natural Products To Help Relieve Pet Anxiety
♥ If you love this post, please consider sharing it & leaving a comment below! ♥

Many of us have beloved pets that suffer from pet anxiety. Our dog, Jasper, suffers with separation anxiety. He acts out, trembles and is very anxious if, at least, one person isn’t here with him at all times. Our cat, Honey, also has anxiety issues. She has been spayed but if a new animal is in the house, (cat or dog) or when someone spends the night, she begins marking on the furniture. NOBODY wants the smell of cat pee in their couch or guest bed! PEE YEW! There are products out there that can help relieve pet anxiety. Some of my favorites are the ThunderEase® products made by ThunderWorks®. 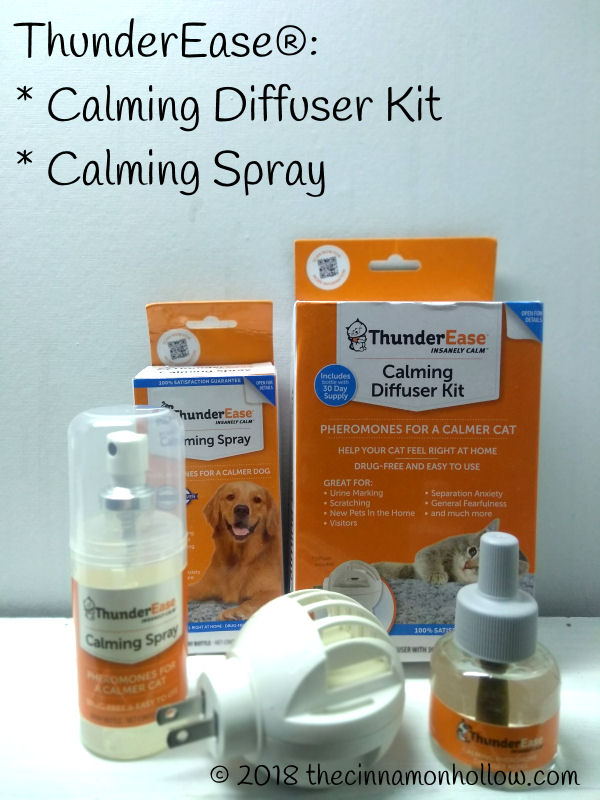 A 2018 study sponsored by ThunderWorks®, creators of the ThunderShirt®, found over 80 percent of cat- and dog-owning families have experienced anxiety-related behavior problems with their pet.

As part of our study, ThunderWorks® found almost 50 percent of the dog-owning families surveyed had a dog that experiences loud noise (i.e., thunder and fireworks) and separation anxiety — the two most common types of anxiety.

ThunderWorks® also found that cats most commonly experience loud noise anxiety or anxiety caused by another pet or person.

Many dogs have problems during the summer months when fireworks are being set off. Luckily for us, we live on a hilltop in the woods so there’s not too many fireworks around here. Thunder, though, is another issue. Jasper is terrified of thunderstorms! He hates the sound of thunder and it seems like it’s amplified on this hilltop. So I’ve been looking for products that can help calm him and Honey and relieve some of their pet anxiety issues.

Clay and I have been testing out a couple drug-free products that contain natural pheromones. These pheromones work to relieve stress in Jasper and Honey to help alleviate barking, marking, etc. The ThunderEase® products are available in both a spray and a plug-in diffuser.

I tried both the diffuser and the spray right away with Honey. We’d had another cat temporarily join the family as a foster and Honey had begun marking her spot on the couch and guest bed. We thought it was just her marking her territory but never considered pet anxiety. I used the spray directly on the couch spots where she’d marked but I did not use it on the guest bed, yet, as I wanted to test it. It doesn’t cover the smell but it does seem to steer her away from marking until my enzymatic cleaner can get in there and do its thing. 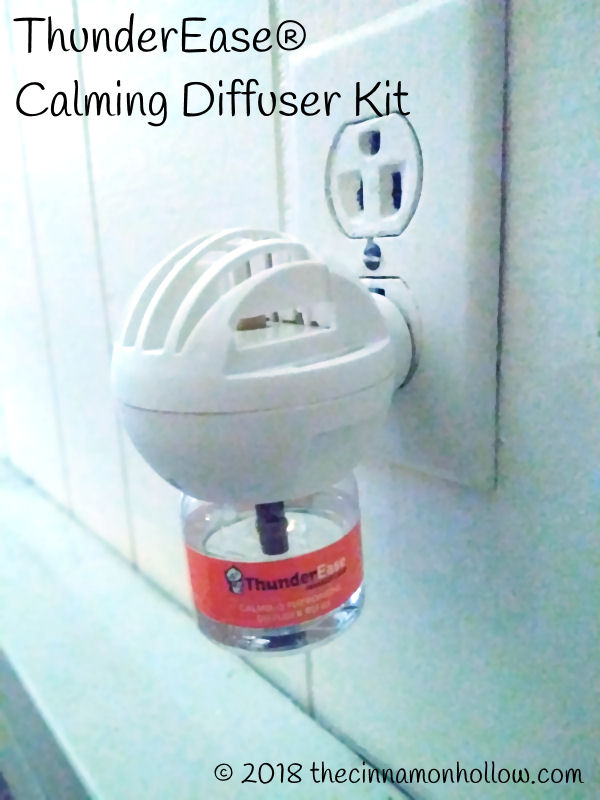 I have the diffuser int he living room and it took a few days before I really started to notice a difference with Honey. I think it had to really get into the air for her to notice it and the calming affect to take place. After about a week, though, I do notice that she has not marked the couch one time! Keeping my fingers crossed.

The guest bed, though, is another story. Clay’s mom and step-dad spent the night last Saturday. Sunday morning, when they left I noticed an overpowering scent of cat urine. Sure enough, Honey had peed on the guest bed! Grrrr. I immediately put Hone out on our screened in porch and stripped the bed down. This time, I used the calming spray on the entire mattress and pillows, washed the bedding with detergent and vinegar and sprayed them, as well, when the bed was re-made. I will also try using the diffuser in the guest room for next time.

So it seems like the spray and diffuser both worked in the living room!

For Jasper, I used the calming spray directly on his collar and bandana, but not directly on him. I took his collars off, sprayed the outside and after 15 minutes, put them back on him. I also sprayed his bedding and let it sit 15 minutes before allowing him on it. 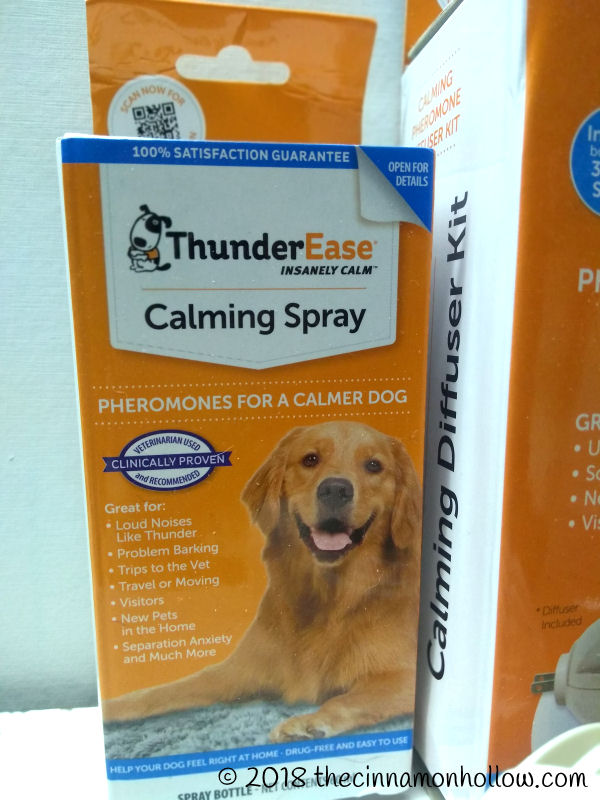 I plugged his plug-in into the outlet near his bedding. He has seemed a lot calmer and the thunder doesn’t seem to make him as agitated. He does still want to cuddle with us when it is storming but he doesn’t pace around the room like before!

He also seems a lot calmer when visitors come over. Before, he would get extremely hyper. Of course, he loves attention and loves to be rubbed. But it seems to has calmed the overly-hyper way he would get, which I never even attributed to anxiety until now!

The ThunderWorks “Paths to Calm”

My readers can save 10% on orders for a limited time!

Have you tried calming sprays or a diffuser to treat pet anxiety? What tips do you have for calming your pets?

Next postWhere To Find A Low Cost Birthday Cake