Home / Entertainment / The Hunger Games: Mockingjay Part 2 | Tickets On Sale Now
♥ If you love this post, please consider sharing it & leaving a comment below! ♥

I mentioned a couple weeks ago that The Hunger Games: Mockingjay Part 2 comes out in November and that Clay and I will be going to see it for our anniversary date. I’m so excited! We’ve both read the entire series and seen all the movies up til now. So I can’t wait to see the finale.

Disclosure: I received complimentary info for this post. No monetary compensation was received. All info, graphics, etc. used with permission.

The finale Mockingjay Part 2 movie poster has been released and it looks great! And, excuse my language, but Katniss looks bad-ass! 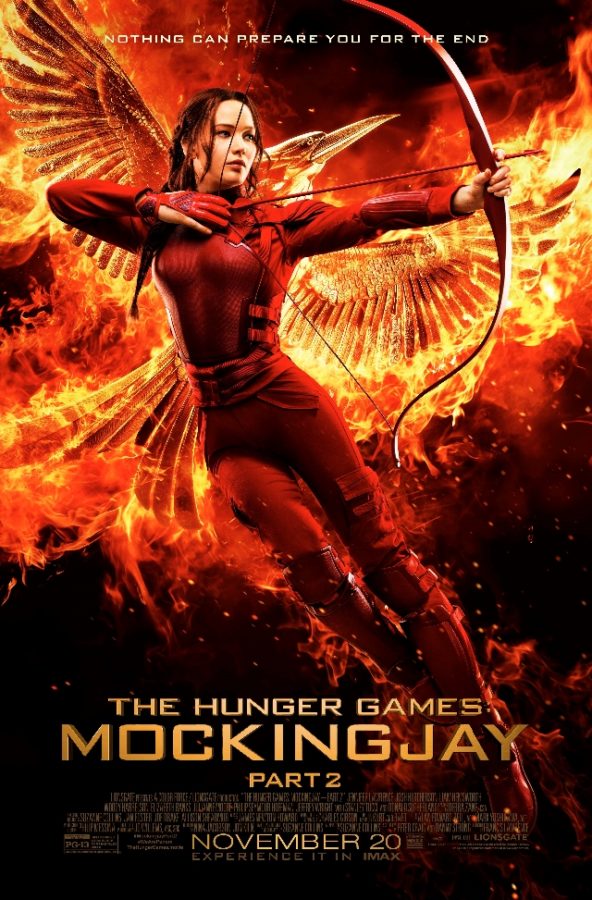 TODAY ONLY fans that purchase tickets via Fandango, MovieTickets, AMC, or Cinemark within the first 24 hours will receive a BONUS copy of THE HUNGER GAMES: MOCKINGJAY – PART 1 as a digital download. Additionally Fandango users will receive an exclusive, never-before-seen clip from the upcoming film as well as a personalized, commemorative movie ticket to share online.

The blockbuster Hunger Games franchise has taken audiences by storm around the world, grossing more than $2.2 billion at the global box office. The Hunger Games: Mockingjay – Part 2 now brings the franchise to its powerful final chapter in which Katniss Everdeen [Jennifer Lawrence] realizes the stakes are no longer just for survival – they are for the future.

With the nation of Panem in a full scale war, Katniss confronts President Snow [Donald Sutherland] in the final showdown. Teamed with a group of her closest friends – including Gale [Liam Hemsworth], Finnick [Sam Claflin] and Peeta [Josh Hutcherson] – Katniss goes off on a mission with the unit from District 13 as they risk their lives to liberate the citizens of Panem, and stage an assassination attempt on President Snow who has become increasingly obsessed with destroying her.  The mortal traps, enemies, and moral choices that await Katniss will challenge her more than any arena she faced in The Hunger Games.

Are you going to go see The Hunger Games: Mockingjay Part 2 when it hits theaters?

Next postThose Children Are Ours By David Burnett