The Hunger Games Mockingjay 2: A Message From District 13

Home / Entertainment / The Hunger Games Mockingjay 2: A Message From District 13
♥ If you love this post, please consider sharing it & leaving a comment below! ♥

It’s almost time for The Hunger Games Mockingjay 2! Clay and I will, hopefully, be seeing this in the theater for our anniversary and I can’t wait!

I’ve read the books, I’ve watched the movies up until now and I’ve loved every minute of it. I think that this movie was exceptionally cast. Jennifer Lawrence and Josh Hutcherson make me proud to be form Kentucky! But it’s not just them. The entire cast is perfect. I’ll share the names of the main cast members below but in the meantime… 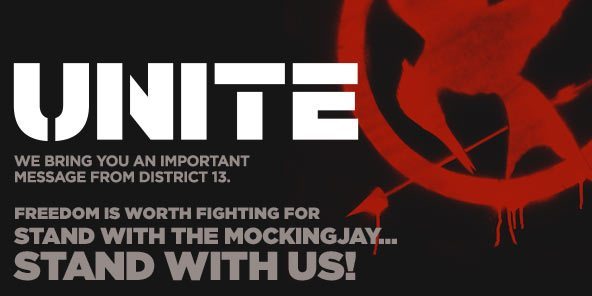 Watch this message from District 13: Stand With Us! The Hunger Games Mockingjay 2.

Kinda makes you wanna stand tall and stand proud, huh? This one movie seems to have the power to move people. Listen to this. On June 17,  in 18 countries around the globe, THE HUNGER GAMES iconic ‘3-Finger salute’ was unveiled on high profile buildings, billboards and locations, including Times Square in New York, Westfield Centre in London, Colonne di San Lorenzo in Milan and Novy Arbat Avenue in Moscow. The hands used in the synchronized global outdoor advertising campaign were created from 6 images of people ranging from ages 8 to 80, both men and women and from all nationalities. 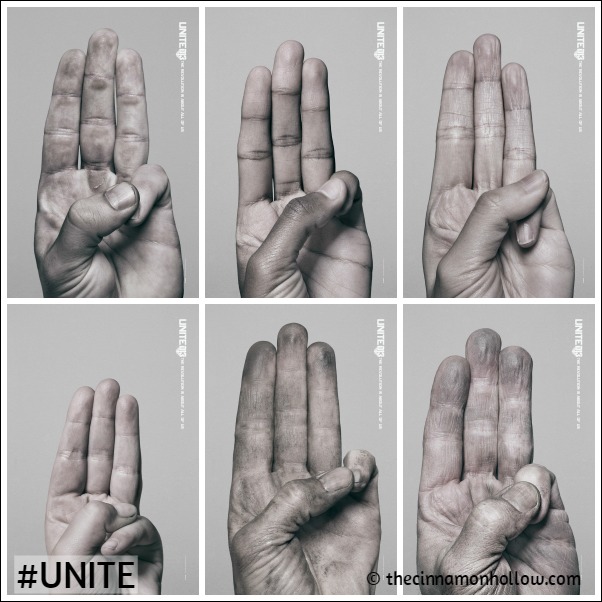 #UNITE at the following locations:

ABOUT THE HUNGER GAMES: MOCKINGJAY – PART 2

The blockbuster Hunger Games franchise has taken audiences by storm around the world, grossing more than $2.2 billion at the global box office. The Hunger Games: Mockingjay – Part 2 now brings the franchise to its powerful final chapter in which Katniss Everdeen [Jennifer Lawrence] realizes the stakes are no longer just for survival – they are for the future.
With the nation of Panem in a full scale war, Katniss confronts President Snow [Donald Sutherland] in the final showdown. Teamed with a group of her closest friends – including Gale [Liam Hemsworth], Finnick [Sam Claflin] and Peeta [Josh Hutcherson] – Katniss goes off on a mission with the unit from District 13 as they risk their lives to liberate the citizens of Panem, and stage an assassination attempt on President Snow who has become increasingly obsessed with destroying her.  The mortal traps, enemies, and moral choices that await Katniss will challenge her more than any arena she faced in The Hunger Games.

Next postEase Back To School Stress With Halloween Costumes?