Ripley’s Believe It Or Not Gatlinburg, Tennessee

Home / Travel / Blogging In The Smokies / Ripley’s Believe It Or Not Gatlinburg, Tennessee
♥ If you love this post, please consider sharing it & leaving a comment below! ♥

Disclosure: We received complimentary attraction passes to facilitate our review. All opinions are strictly our own.

Clay and I took our family to Tennessee recently and while there we visited several Ripley’s attractions including Ripley’s Believe It Or Not in Gatlinburg, Tennessee. 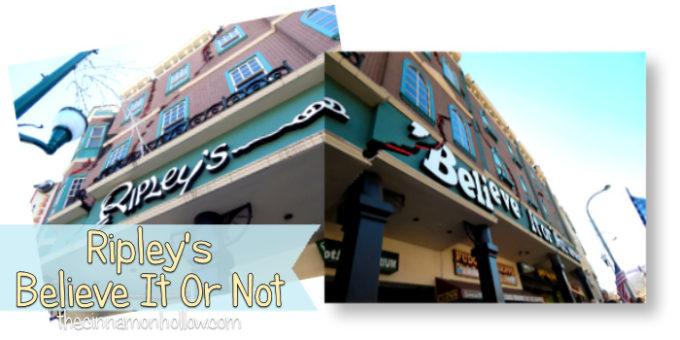 It was a lot of fun. If you’ve never been or don’t know much about the attraction, it is basically a large museum filled with mind-blowing sights and history. When you first enter the museum you are greeted by Mr. Ripley himself! Or are you?

Ripleys Believe It Or Not In Gatlinburg, Tennessee 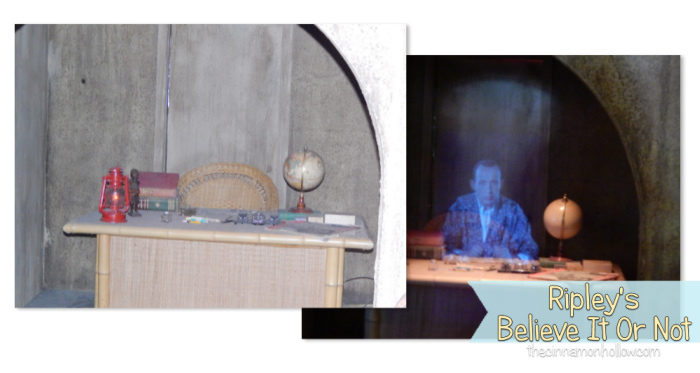 There are a lot of things to see so you really need to go when you have the time to walk through and look at everything. I’d take at least a hour and a half to two hours to go through. You’ll see things from the unbelievable and freaky to real history. There are even puzzles to work (or trick) your mind.

Here are some of the freakier things we saw. First, a guy who had some major reconstruction done to transform his appearance. The things some people do! 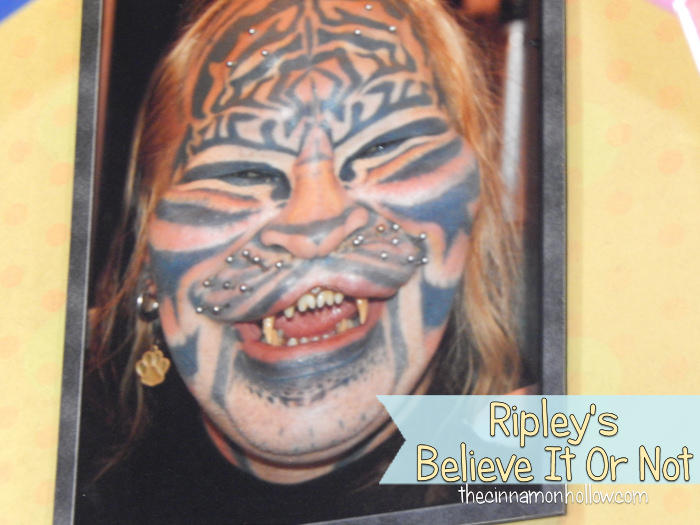 Liu Ch’ung of China. He was said to have two pupils/irises in each eye and was an Emperor, although I can’t seem to find any info on him other that what is listed at Ripley’s Believe It Or Not and other :odditoriums:. Was he real? Was his condition? We may never know! 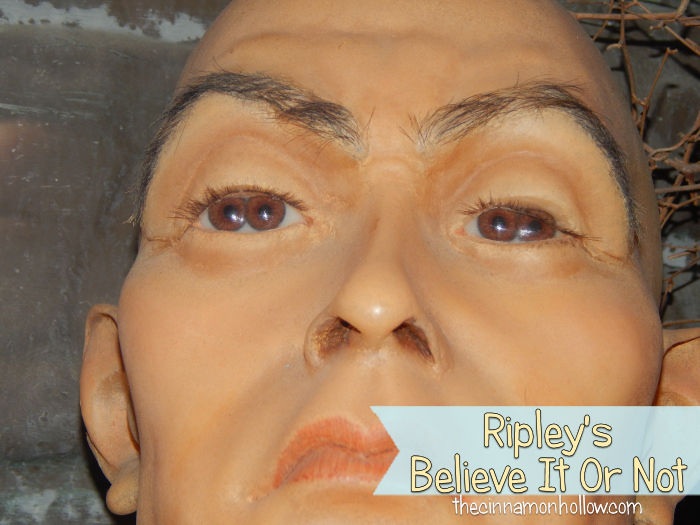 Human Skin Mask. This, literally, freaked and grossed me out at the same time. It is said to be covered with actual skin that was flayed from slaves. The mask was carried like a flag on a pole by the medicine man of the Ekoi tribe of Cameroon, Africa during funerals. 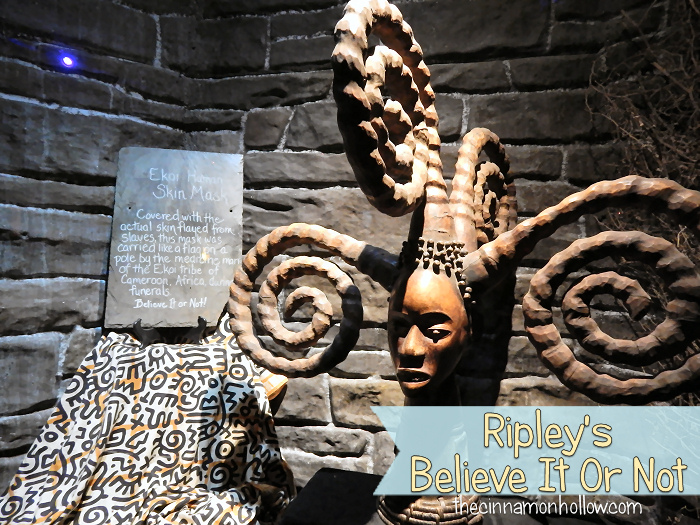 Rare and most often still born, the birth of two-headed animals does, sadly, exist. This photo is of a two-headed lamb. Sad, but most likely true. 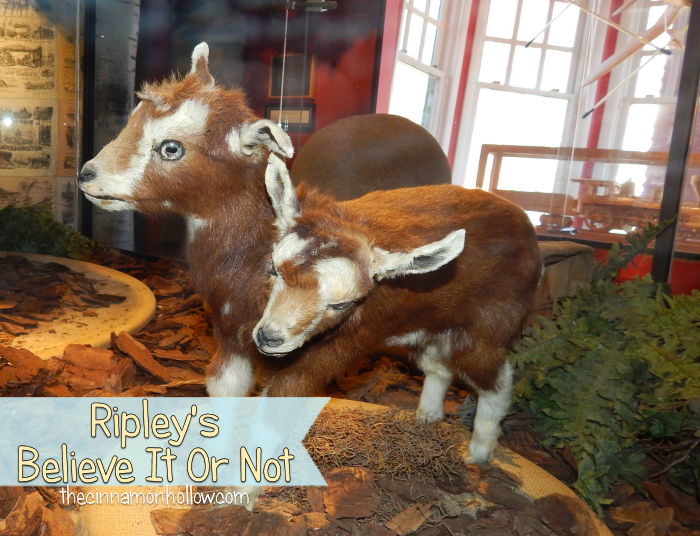 Has anybody seen my Mummy? he he he he 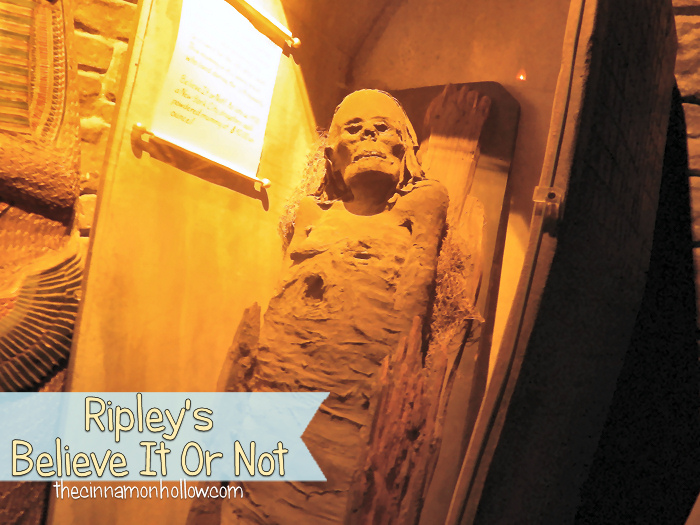 Ok, those were some of the rare and freaky that you may or may not believe exist. I also took some photos of some of the historical, fun and puzzling displays that you’ll find at Ripley’s Believe It Or not.

Are these lined crooked or straight? 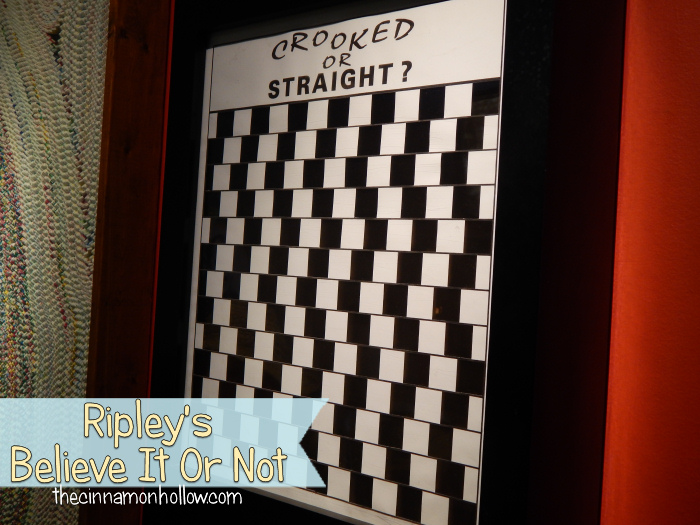 A piece of the Berlin Wall with historical media surrounding it. 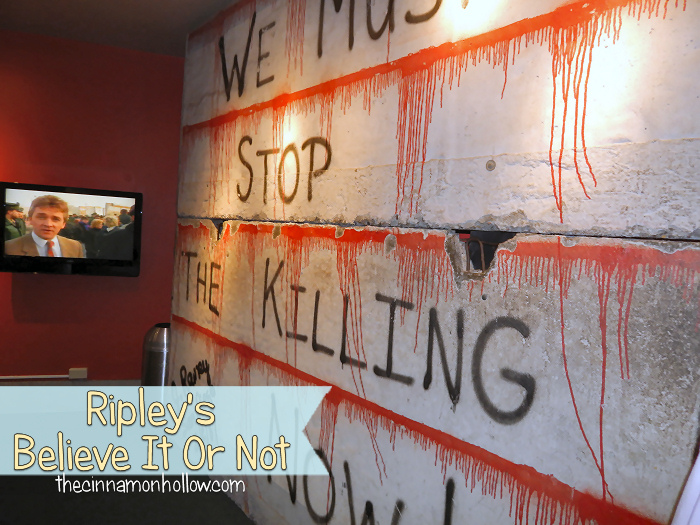 Rub Buddha’s belly for good luck! This Buddha statue is made up of $1,000,000 (MILLION) US dollars that were macerated and molded in plastic. Can you believe it? 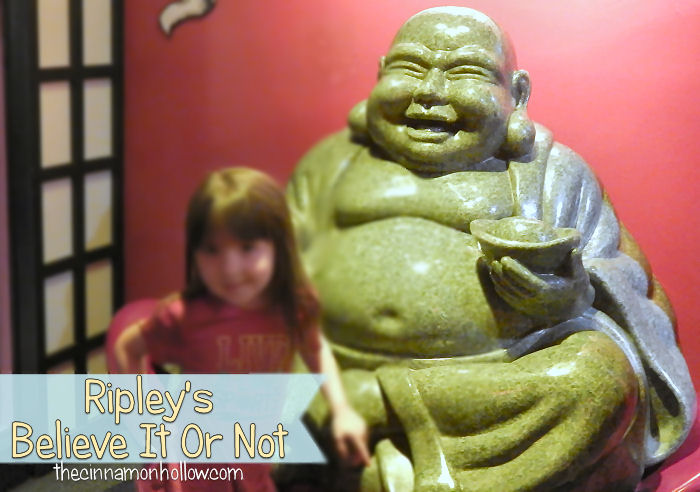 This wax statue is of Vlad Tepes, a.k.a Vlad The Impaler, a.k.a Count Dracula! EEK! I should have listed him up there with the freaky. 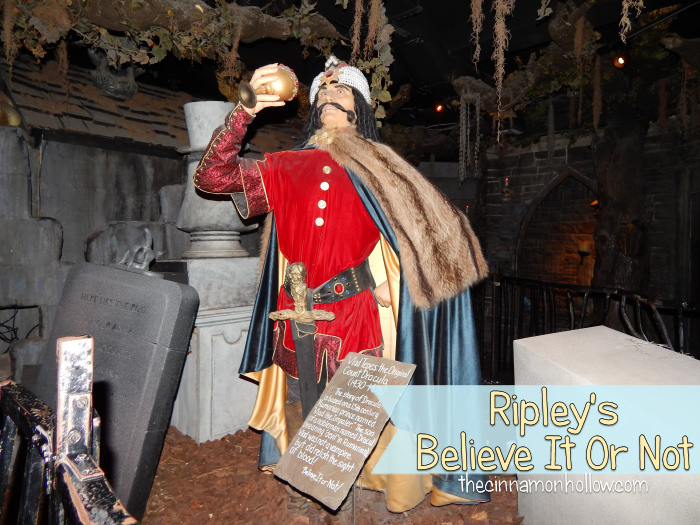 A chastity belt. Notice the spikes along the bottom of the belt. This was used to keep women safe while their men were away. If caught committing adultery, the belt was used as a torture device on the woman. OMG! 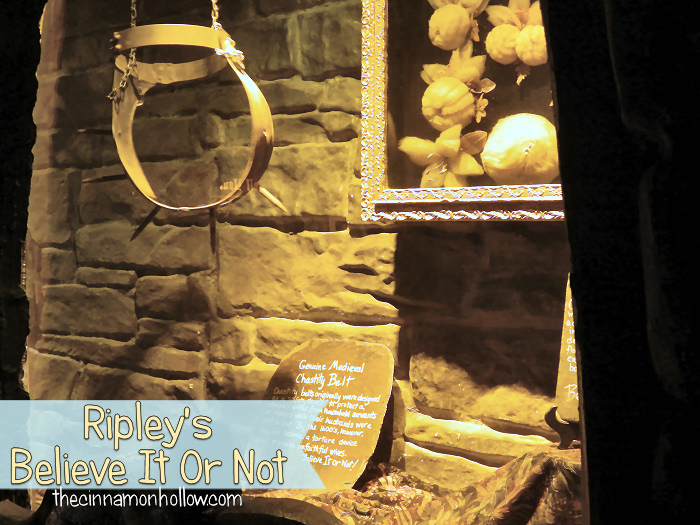 This was one of my favorites because you know that a lot of time and talent went into making it. This is a rug made from chewing gum wrappers. Somewhere in the rug, in the dashes and dots of Morse Code, is spelled out Believe It Or Not. You can click the image below to view it larger. 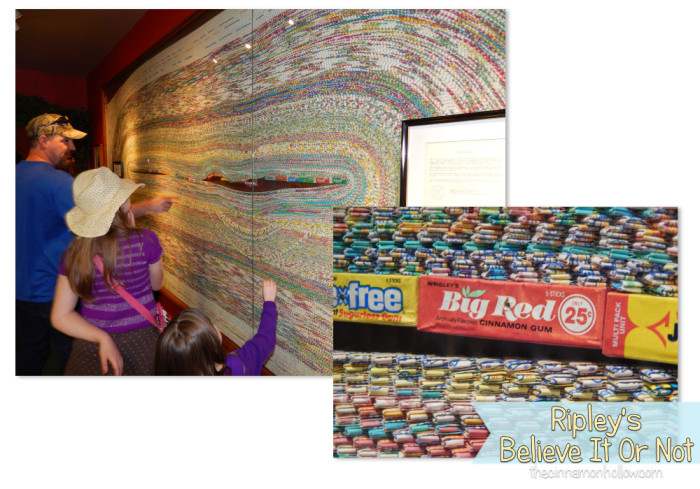 This is the big ball you see outside the Ripley’s Believe It Or Not Odditorium. It “floats” on the water and you can spin it. You can also stop it and move it in different directions. Kids and adults alike have fun playing with this. Now that’s one big marble! 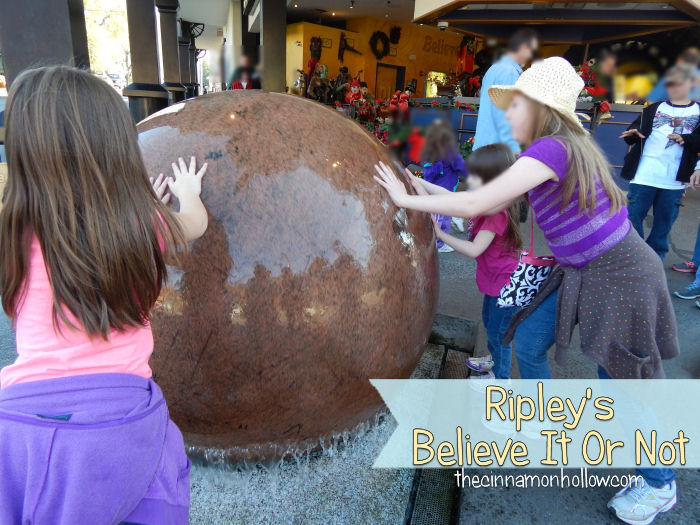 Those are just a few of the things you’ll see when you visit Ripley’s Believe It Or Not in Gatlinburg, Tennessee.

Have you ever been to Ripley’s Believe It Or Not In Gatlinburg, Tennessee?