The Witch’s Salvation by Francesca Pelaccia

Home / Books / The Witch’s Salvation by Francesca Pelaccia
♥ If you love this post, please consider sharing it & leaving a comment below! ♥

I received a complimentary copy of The Witch’s Salvation by Francesca Pelaccia as a member of Beck Valley Books Blog Tours. All opinions are my own. 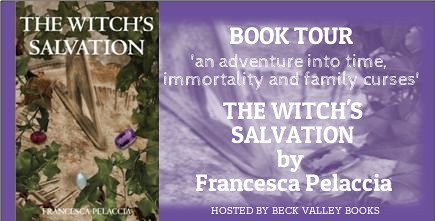 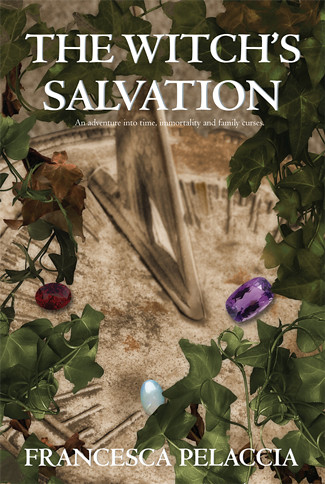 A witch who demands humanity.

The immortal families who denied her of it.

That is the fate of the urban princess Anasztasia and the renegade prince Matthias, born shockingly mortal to two immortal families. If they go back in time and restore the witch’s humanity, she will grant them immortality. She will also break a 550 year-old curse that imprisons Matthias’s family in their ancestral homeland and exiles Anasztasia’s family from it.

But to make their lives their own, the heirs must return to the most dangerous day in their families’ past, Easter Sunday, 1457. This is the day Vlad III, aka Dracula, massacred all nobles and their families involved in the death of his father and older brother.

How can Anasztasia and Matthias reverse the past when their families will not speak of their wrongs? How can they refuse when the witch owns their lives?

The Witch’s Salvation is a time-travel fantasy weaved around myth, historical fact, and a whole lot of creative license.

The Witch’s Salvation by Francesca Pelaccia is a really great book! I love stories about the 15th century time period. Especially the areas around Transylvania, Romania, and including gypsies and myths. I love reading about spells and curses. This novel combines modern day characters with the past in a really neat way. It was a bit confusing when Anasztasia and Matthias actually traveled through time. It sort of came out of nowhere in each part of the story. But once they got to their destination, the story picked right back up and was really good.

There was tons of action so I think even my husband might like this. And there was just enough romance, without being too over the top mushy or explicit, to keep you interested in the characters as a couple. There is some language but nothing too bad.

The Witch’s Salvation kept me guessing until the very end about just who the Strigoaic might actually be. I had some thoughts but wasn’t entirely sure. I also wasn’t sure until the end if she was really as evil as she appeared to be or if the grandfathers were innocent in their actions. There are a few surprise along the way and a TON Of words I couldn’t pronounce. 😀 So be sure to stay on your toes and read it word for word. Don’t skip anything!

Buy the book from…..

Francesca Cesario Pelaccia grew up in Toronto, Canada, and went to the University of Toronto, where she studied English literature. She started her working career moving in and out of teaching and corporate editing and publishing before settling on teaching adults English as a Second Language.

The Witch’s Salvation is Francesca’s first published novel. She has many other manuscripts in various stages of completion and genres gathering dust on her bookshelves. But it was not until The Witch’s Salvation that she “found her voice”. Francesca lives just outside Toronto with her family. She is working on the second book of the Witch’s trilogy, entitled, The Witch’s Monastery.